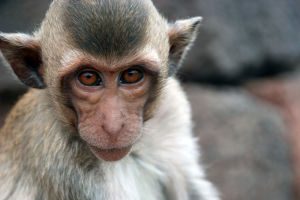 I have received many questions about whether immunizing with Reston virus couldÂ protect against infection with Ebola virus. Usually the question comes together with the statement ‘because Reston virus does not cause disease in humans’. I can think of two reasons why a Reston virus vaccine is not a good idea.

The other problem is that in general, infection with one of theÂ Ebolaviruses does not confer protection against the others*. For example, animals that survive challenge with Ebola virus (Zaire) are not protected from infection with Sudan virus. For this reason, vaccines need to beÂ prepared against representatives of all the species. I am not aware of any animal studies that have assessed whether Reston virus infection protects from infection with the other Ebolaviruses, but there is no reason to believe that such cross-protectionÂ would be achieved.

Vaccines are currently being tested against Ebola virus (species Zaire ebolavirus), cause of the outbreak in west Africa.

*Thanks toÂ Andrea Marzi for information on cross-protection.