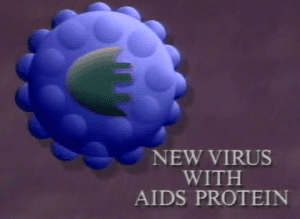 In the summer of 1989, two papers about viruses were published in high-profile journals. One described the engineering of a recombinant poliovirus bearing on its surface an antigen from HIV-1. The second paper claimed that transgenic mice could be made by adding DNA to sperm before using them to fertilize eggs. Both reports played a role in a television interview I did with Earl Ubell of CBS News.

I was reading the Cell paper describing a new way to make transgenic mice when I received a call from CBS News. They wanted me to comment on a report that had just been released by the journal Nature, describing the production of a recombinant poliovirus bearing an antigen from HIV-1. When rabbits were inoculated with the recombinant poliovirus (the authors called it a chimeric virus), antibodies were made which could block infection with HIV-1. CBS wanted to talk because I had developed the technology to genetically engineer polioviruses.

Within an hour, science correspondent Earl Ubell arrived in my lab with a camera crew. We chatted while they set up their equipment and began to record one of my postdoctoral fellows, Gerardo Kaplan, moving about the laboratory. Ubell asked me what I thought about the polio-HIV story. I told him that it was interesting but would probably not be useful for preventing AIDS because only a small piece of HIV-1 protein could be inserted into the poliovirus capsid. Then we started talking about the sperm – transgenic mouse story, which he had heard about. I was more positive about that story; I noted that the findings could revolutionize biology.

In a few moments a microphone was clipped to my shirt and the camera began recording our conversation. Ubell began asking me questions about the polio-HIV experiment. We discussed how the virus was engineered, why it was possible to insert foreign protein into poliovirus, and the utility of this discovery. I was not positive about the future of this technology for vaccines, but I did point out its potential for research. His last question was about the sperm – transgenic mouse paper: what did I think about that? I responded, “I think that if this report is correct, then it’s going to be fabulous”. Then he packed up and left.

Several weeks later one of my students sent me a copy of the final program that had been shown on television. I was surprised to find that just one of my comments was used, and it had nothing to do with the polio-HIV story. It was the answer I had given in response to Mr. Ubell’s question about the sperm – transgenic mouse experiment, which of course was not the topic of the TV piece. I don’t know who made the juxtaposition, but I found it duplicitous. As a result of this experience, for the next 20 years I limited my contact with journalists.

Here is Mr. Ubell’s June 1989 report for CBS News. To his credit, he did get the science right, and he pronounced my name correctly. Unfortunately, while poliovirus antigen chimeras have been useful in the research lab, they have not been used as vaccines. And making transgenic mice by putting DNA into sperm turned out to be wrong.