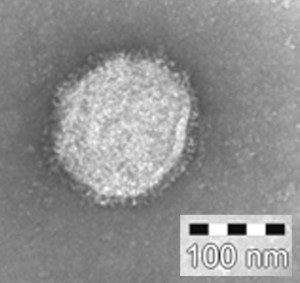 These findings suggest that virus-like particles could be used in humans to protect against influenza infection. They offer a number of advantages over the current influenza virus vaccines, most of which are prepared by growing virus in embryonated chicken eggs. Viral infectivity is destroyed with formalin, and the virions are then disrupted with detergents. Virus-like particle vaccines would not require these treatments, and would be available to individuals with egg allergies. Some influenza virus vaccines are produced in cell culture, but these are also treated to eliminate infectivity.

Another important advantage of the virus-like particle vaccine is that it can be produced relatively rapidly: within weeks, compared to months for egg-produced vaccines. This property would be especially useful when new pandemic strains emerge. For example, the swine-origin H1N1 influenza virus emerged in the spring of 2009, and vaccine manufacturers are scrambling to have a product ready for the fall.

Because an influenza virus-like particle vaccine is a new type of vaccine, many years of testing in animals and in humans will be required before it can be used. Some of the questions that must be addressed include the safety of the vaccine in humans, whether the anti-viral antibody repertoire induced by the vaccine is sufficiently broad, and of course whether immunization confers efficient protection against challenge in the majority of recipients.