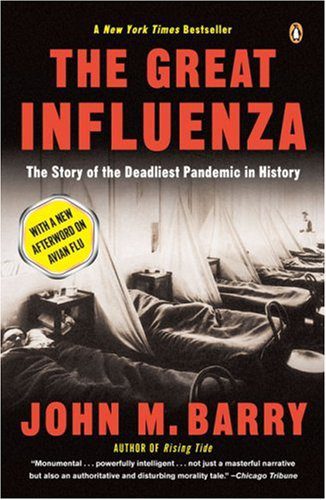 Barry is not a virologist, or any type of scientist. He’s a historian who happens to have written on influenza. This does not excuse the virological errors in his book; heÂ  should have had a virologist fact-check the manuscript before publication.

Only some viruses enter the cell from the ‘pit’ formed at the plasma membrane. In many cases the ‘pit’ eventually becomes a vesicle known as an endosome which moves deep into the cytoplasm. Influenza viruses enter cells fromÂ  endosomes.