Vaccination is the gold standard for preventing infectious diseases and reducing the impact of emerging pathogens. As more and more people are becoming immunized against SARS-CoV-2, a prominent question continues to arise: are the vaccines safe for pregnant and breast-feeding people?

None of the clinical trials for SARS-CoV-2 vaccines included pregnant or lactating subjects. Pregnant people in particular are a historically difficult group to study in the context of drug safety because of concerns of liability over potential adverse effects of a new product on a fetus. This lack of safety data further complicates treatment of SARS-CoV-2 infection in pregnant people, who already have an increased risk for premature birth and miscarriage if they become infected. Based on these risk factors, the currently available data, and interim recommendations by the Advisory Committee on Immunization Practices for people over the age of 16, the American College of Obstetricians and Gynecologists recommends that pregnant and lactating people should have access to SARS-CoV-2 vaccines. Fortunately, many pregnant and lactating people have opted to be vaccinated, and the data on the safety and efficacy of vaccination in these two cohorts are beginning to emerge.

A recent publication in the American Journal of Obstetrics and Gynecology describes the safety and immunogenicity of SARS-CoV-2 vaccines in pregnant and lactating women compared to non-pregnant controls and women who had been naturally infected with SARS-CoV-2 during pregnancy. The researchers collected blood and breast milk from 131 women of reproductive age, including 84 pregnant, 31 lactating, and 16 non-pregnant participants who had received two doses of either the Pfizer/BioNTech or Moderna mRNA COVID-19 vaccine; and analyzed the samples for the presence of IgG and IgA antibodies. IgG antibodies are mostly present in the blood and provide the majority of antibody-based immunity against invading pathogens. IgA antibodies are predominantly found in mucus membranes and the fluids secreted by these membranes, including saliva, tears, and breast milk. IgA antibodies are particularly suitable for protecting against pathogens like SARS-CoV-2, which invade the body through these membranes.

Samples were collected at the time of the first and second vaccination, 2 to 6 weeks after the second dose, and at delivery. The researchers also collected umbilical cord blood from 10 infants born during the study period.

The main findings were as follows. Side effects resulting from vaccination were rare and occurred with similar frequency in all participants. These findings are consistent with post-vaccination data tracked by the CDC via the V-safe application, suggesting that post-vaccination reactions in pregnant people are not significantly different from those in non-pregnant people.

Pregnant, lactating, and non-pregnant vaccine recipients produced significantly higher levels of SARS-CoV-2-specific IgG than pregnant women who had been naturally infected. Interestingly, the second vaccine dose led to increased concentrations of coronavirus-specific IgG but not IgA, in both maternal blood and breast milk. The authors speculate that this lack of IgA boosting may have to do with the intramuscular route of immunization, which usually does not induce very high levels of serum IgA. The role of IgA in the serum is mostly secondary to IgG, in that IgA mediates elimination of pathogens that have breached the mucosal surface. In contrast, natural infection induces higher levels of mucosal (IgA) antibodies because SARS-CoV-2 enters the body through the mucosal surfaces. Nevertheless, studies have shown that IgG in breast milk is critical for protecting newborns from other pathogens like HIV, RSV, and influenza. It is possible that this type of antibody is equally important for protecting infants from SARS-CoV-2.

It was previously unclear whether vaccine-induced SARS-CoV-2 antibodies are transferred across the placenta to the fetus. However, the authors also found vaccine-induced IgG in cord blood, suggesting that these antibodies do cross the placenta, as has been previously observed after vaccination of pregnant people against influenza virus, Bordetella pertussis, and other pathogens. Whether these antibodies protect the baby from SARS-CoV-2 infection after birth, remains to be determined.

This study provides the first set of clinical data suggesting that vaccination of pregnant and lactating people against SARS-CoV-2 is both safe and beneficial. Some people have expressed concern over the possible incidence of fever following the second vaccine dose in pregnant people; however, the potential risk to the fetus from a 24-hour fever must be weighed against the possibility of chronic, severe COVID-19 in the mother. Accumulating data suggest that the benefits of vaccination during pregnancy and lactation outweigh the risks of adverse effects to the fetus or infant and align with the abundance of clinical data showing the beneficial effects of vaccinating these groups of people against influenza virus. Analyses of cord blood from infants whose mothers were naturally infected with SARS-CoV-2 during pregnancy indicate that the potential for transfer of antibodies is greater early during gestation, suggesting that immunization during the earlier stages of pregnancy might be preferable. However, more studies are needed to assess the optimal timing of maternal vaccination to achieve enhanced neonatal immunity. In the meantime, these preliminary data allow pregnant and lactating people to make more informed decisions, and also aid physicians in providing evidence-based recommendations.

I cannot pass up the opportunity to point out this wonderful quote by Ginia Ballafante in her NY Times piece, Fear of Vaccines Goes Viral. The article starts by notingÂ an article on plummeting vaccination rates in Los Angeles:

The piece had the virtue of offering New Yorkers yet another opportunity to feel smugly superior to their counterparts in L.A., because of course here on the East Coast we like our science to come from scientists, not from former Playboy models and people who feel entitled to pontificate about public health because they drink kefir.

As a scientist who works in New York, I can’t help but think that this is not entirely true. This idea is supported by a quote in the article from a New York City pediatrician, who says that 10 percent of parents in his practice express opposition to vaccination. If they oppose vaccination, they can’t be getting their information from scientists.

Here is the second best quote from the article, which comes from another New York City pediatrician after a discussion of current Ebola virus and enterovirus D68 outbreaks:

My feeling is that it will take something like that on a very large scale to get upper-middle-class people to realize that this is serious stuff…most of the deaths in the world are from contagious diseases. Not ISIS.

On episode #289 of the science show This Week in Virology,Â Vinny and the capsids answer listener questions about the definition of life, state vaccination laws, the basic science funding problem, viral ecology, inactivation of viruses by pressure, and much more.

Deans of public health schools in the United States have sent the following letter to President Obama, in which they criticize the use of a vaccination campaign by the Central Intelligence Agency in Pakistan to hunt for Osama bin Laden. I wonder if he will reply.

In the first years of the Peace Corps, its director, Sargent Shriver, discovered that the Central Intelligence Agency (CIA) was infiltrating his efforts and programs for covert purposes. Mr. Shriver forcefully expressed the unacceptability of this to the President. His action, and the repeated vigilance and actions of future directors, has preserved the Peace Corps as a vehicle of service for our countryâ€™s most idealistic citizens. It also protects our Peace Corps volunteers from unwarranted suspicion, and provides opportunities for the Peace Corps to operate in areas of great need that otherwise would be closed off to them.

In September Save the Children was forced by the Government of Pakistan (GoP) to withdraw all foreign national staff. This action was apparently the result of CIA having used the cover of a fictional vaccination campaign to gather information about the whereabouts of Osama Bin Laden. In fact, Save the Children never employed the Pakistani physician serving the CIA, yet in the eyes of the GoP he was associated with the organization. This past month, eight or more United Nations health workers who were vaccinating Pakistani children against polio were gunned down in unforgivable acts of terrorism. While political and security agendas may by necessity induce collateral damage, we as an open society set boundaries on these damages, and we believe this sham vaccination campaign exceeded those boundaries.

As an example of the gravity of the situation, today we are on the verge of completely eradicating polio. With your leadership, the U.S. is the largest bilateral donor to the Global Polio Eradication Initiative and has provided strong direction and technical assistance as well. Polio particularly threatens young children in the most disadvantaged communities and today has been isolated to just three countries: Afghanistan, Nigeria and Pakistan. Now, because of these assassinations of vaccination workers, the UN has been forced to suspend polio eradication efforts in Pakistan. This is only one example, and illustrates why, as a general principle, public health programs should not be used as cover for covert operations.

Independent of the Geneva Conventions of 1949, contaminating humanitarian and public health programs with covert activities threatens the present participants and future potential of much of what we undertake internationally to improve health and provide humanitarian assistance. As public health academic leaders, we hereby urge you to assure the public that this type of practice will not be repeated.

International public health work builds peace and is one of the most constructive means by which our past, present, and future public health students can pursue a life of fulfillment and service. Please do not allow that outlet of common good to be closed to them because of political and/or security interests that ignore the type of unintended negative public health impacts we are witnessing in Pakistan.

*Institutional affiliation is provided for identification only. 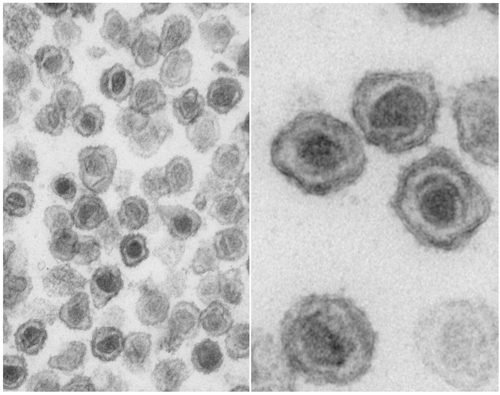 On episode #90 of the podcast This Week in Virology, Vincent, Alan, Rich and Eric discuss identification of viruses in Northeastern American bats, vaccinia virus infection after sexual contact with a military vaccinee, and identification of a new flavivirus from an Old World bat in Bangladesh.