Christian Drosten returns to TWiV to provide an update on the COVID-19 situation in Germany, and general thoughts on testing, immunity, vaccines, therapeutics, epidemiology, reopening schools, and what will happen this fall.

On the latest episode of the science show This Week in Virology,Â aÂ swarmÂ of virologists discusses testing ofÂ a MERS coronavirus vaccine for camels, and how a neuronal stress pathway reactivates herpes simplex virus.

On episode #353 of the science show This Week in Virology, theÂ TWiVniacs discuss twenty-eight years of poliovirus shedding by an immunodeficient patient, and packaging of the innate cytoplasmic signaling molecule cyclic GMP-AMP in virus particles. 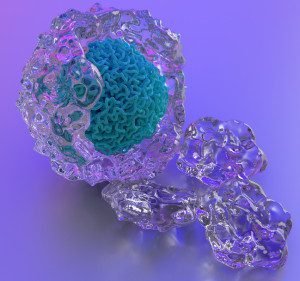 Immunocompromised individuals who produceÂ very low levels of antibodies (a conditionÂ called agammaglobulinemia) are known to excrete VDPVsÂ for very long periods of time – years, compared with months in healthy individuals. Seventy-three such cases have been described since 1962. These individuals receive the Sabin vaccine in the first year of life, before they are known to have an immunodeficiency, at which time they must receive antibodies to prevent them from acquiring fatal infections.

The most recently described immunocompromised patient was found to excrete poliovirus type 2 vaccine for 28 years (the time period is determined by combining the known rate of change in the poliovirus genome with sequence data on viruses obtained from the patient). Â The VDPV is neurovirulent (causes paralysis in a mouse model), antigenically drifted, and excreted in the stool at high levels.

Because the polio eradication plan calls for cessation of vaccinationÂ at some future time, these immunocompromised poliovirus shedders pose a threat to future unimmunizedÂ individuals. The global number of such patients is unknown, and there is no available therapy to treat them – administration of antibodies does not clear the infection. The development of antivirals that could eliminate the chronic poliovirus infection is clearly needed (and ongoing). It will also be necessary to conduct environmental surveillance for the presence of VDPVs – they can be identified by properties that distinguish them fromÂ VDPVs produced by immunocompetent vaccine recipients.

While the WHO eradication plan now includes a shift to using inactivated (Salk) poliovaccine, this strategy would not impact the existing immunocompromised poliovirus shedders. Should a VDPV from theseÂ individuals cause an outbreak of polio in the post-vaccine era, it will be necessary to control the outbreak with Salk vaccine, or an infectious poliovirus vaccine that cannot revert to virulence during replication in the intestine. Polioviruses with a recoded genome are candidates for the latter type of vaccine.