In a brief letter to Biosecurity and Bioterrorism, Alan Zelicoff notes a problem with serosurveys for influenza H5N1 infection:

…peak titers after H5N1 infection occur at about 4 to 6 weeks postinfection and may drop by as much as 32-fold over the course of a year, probably decreasing the sensitivity of serologic testing for past asymptomatic infections. Micro-neutralization testing may be more sensitive.

He cites a serological survey carried out on poultry workers in South Korea, in which 9 of 2,500 subjects were found to have antibodies to H5N1 virus, in the absence of illness. These seropositive individuals carried antibodies that neutralize H5N1 virus infectivity. Assays for antibodies that block infection may be more specific for infection than hemagglutination-based assays. His conclusion:

One can anticipate additional serological surveys that will better inform public health practitioners of the threat to humans from circulating H5N1 clades….morbidity from novel influenza strains does not equate with an impending pandemic, let alone one with high mortality. It would appear likely that a systematic, prospective cohort study is in order to adequately capture the frequency of asymptomatic infection.

The lethality of avian influenza H5N1 infections in humans has been a matter of extensive debate. The >50% case fatality rate established by WHO is high, but the lethality of the virus might be lower if there are many infections accompanied by mild or no disease. One way to answer this question is to determine how many individuals carry antibodies to the virus in populations that are at risk for infection. A number of such studies have been done, and some have concluded that the results imply a low but substantial level of infection (even less than one percent of millions of people is a lot of infections). The conclusion of aÂ new meta-analysis of H5N1 serosurveys is that most of the studies are flawed, and that the frequency of H5 infections appears to be low.

Twenty-nine different H5N1 serological studies were included in this meta-analysis. None of these are particularly satisfactory according to the authors:

None of the 29 serostudies included what we would consider to be optimal, blinded unexposed controls in their published methodologies, i.e., including in the serology runs blinded samples from individuals with essentially no chance of H5N1 infection. Serological assays can easily produce misleading results, especially when paired sera are not available.

Some of the problems identified in the serological surveys include the possibility that many H5N1 positive sera are the result of false positives, that is, cross reaction with antigens from other influenza virus strains. In addition, many studies utilized H5N1 strains that are no longer circulating.

It is clear that most of the H5N1 serosurveys have not been done as well as they should have been. The authors conclude that â€œit is essential that future serological studies adhere to WHO criteria and include unexposed control groups in their laboratory assays to limit the likelihood of misinterpreting false positive results.â€

Letâ€™s not forget that a completely different way of assessing H5N1 infection – by looking for virus-specific T cells – has been reported. The results provide further evidence for subclinical H5N1 infection and are not subject to the caveats noted here for antibody surveys.

I come away from this meta-analysisÂ with an uneasy sense that the authors are not being sufficiently objective, and that they firmly believe that there are no mild or asymptomatic H5N1 infections. One reason is the authorsâ€™ use of â€˜onlyâ€™ to describe their findings. For example: â€œOf studies that used WHO criteria, onlyÂ [italics mine] 4 found any seropositive results to clades/genotypes of H5N1 that are currently circulatingâ€. The use of â€˜onlyâ€™ in this context implies a judgement, rather than an objective statement of fact. Furthermore, despite the authors stated problems with all H5N1 serosurveys, they nonetheless conclude that there is little evidence for asymptomatic H5N1 infection. If the studies are flawed, how can this conclusion be drawn?

My concern about the authorsâ€™ objectivity is further heightened by the fact that they are members of the Center for Biosecurity at the University of Pittsburgh. These are individuals whose job it is to find dangerous viruses that could be used as weapons. On the front pageÂ of the website for the Center for Biosecurity is a summary of the meta-analyis article which concludes that â€œIn the article, Assessment of Serosurveys for H5N1, Eric Toner and colleagues discuss their extensive review of past studies and conclude that there is little evidence to suggest that the 60% rate is too high.â€

I would argue that if the H5N1 serosurveys are flawed, then do them properly; it is incorrect to simply assume that the H5N1 virus is as lethal as WHO suggests. The World Health Organization should call for and coordinate a study that satisfies criteria established by virologists and epidemiologists for a robust analysis of human H5N1 exposure. 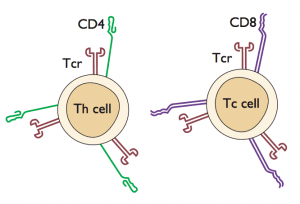 Influenza H5N1 virus frightens many because of the widely quoted case fatality ratio of >50%, which is based on the number of deaths among the fewer than 600 cases confirmed by the World Health Organization. Such fear is misguided, because it is likely that the fatality ratio is far lower. For example, studies of >7,000 healthy individuals have revealed that about 0.5% of them carry antibodies to the virus in their blood, indicating that mild or asymptomatic infections do occur. T-lymphocytes that recognize influenza H5N1 virus have now been detected in a high-risk cohort of individuals in Vietnam, providing additional evidence for asymptomatic human infections.

Viral infection of a healthy host usually leads to the production of both antibodies and lymphocytes. Antibodies generally bind to virus particles in the blood and at mucosal surfaces, blocking the spread of infection. In contrast, T-cells recognize and kill infected cells. The presence of specific antibodies has historically been used as an indicator of viral infection, partly due to the simplicity of the assay. In practice, dilutions of patient sera can be mixed with infectious virus to measure its ability to block infection (virus neutralization or hemaggultination-inhibition), or used to detect antibodies to viral proteins (ELISAÂ or western blot).

Another option for assessing previous viral infection is to determine whether virus-specific T-cells are present. In the past this type of assay has been difficult to carry out with large numbers of samples, but technical advances have now made it possible to do population screens for T-cell responses. In the current study, peripheral blood mononuclear cellsÂ (which contain T-lymphocytes and other blood cells) were obtained from patients and placed in culture. Next, pools of overlapping peptides that span most of the influenza viral proteins were added to the cells. These peptides were derived from influenza H5N1, H3N2, and H1N1 proteins. When T-cells recognize a peptide (via the T-cell receptor that recognizes the peptide presented by another cell type; see figure), the cells respond by producing interferon gamma, which can be readily measured.

The Vietnamese patients used for this study were part of a rural community where human and avian infections with influenza H5N1 had been previously documented. Twenty-four of of 747 individuals had evidence for the presence of T-cells that recognize peptides from the H5 HA more strongly than peptides from H3 or H1 HA. Another 111 samples had T-cells that react with H5, H1, and H3 peptides. If all positive patient samples (those lead to production of interferon gamma) are included, then one can conclude that 20% of the patients respond to H5 peptides. Control samples (n=271) were obtained from two individuals in Vietnam and the United Kingdom who are not believed to have been exposed to H5N1 virus. None of these had H5N1-specific T-cell responses.

Curiously, only four subjects had both antibody and T-cell responses toÂ H5N1 virus. The timing of sample acquisition with respect to infection is likely to be important for detecting responses. For example, antibody to H5N1 virus may not be detected earlier than 3 weeks after onset of disease, and T-cell responses may wane with time. It is also possible that abortive H5n1 infections in humans may lead to production of T-cells but not antibodies, as is seen in some individuals infected with HIV-1.

These findings provide additional evidence for subclinical human infection with influenza H5N1 virus. Exactly how many of people in the Vietnamese cohort were infected cannot be determined. Some of the H5-specific responses likely arose from previous H5 infection, while others may represent cross-reactivity with epitopes shared among H1, H3, and H5 viruses. The study also raises the interesting question of whether T-cell assays can be used as diagnostic tests for viral infections.