TWiV travels to the University of Iowa to speak with Wendy Maury and Stanley Perlman about their research on Ebolavirus entry and coronavirus pathogenesis.

Poliovirus recently made the cover of Time magazine. Prompted by a reader question, I searched the Time archive to find out if there have been other virology-themed covers. I found fifteen in all, depicting poliovirus (3), herpesvirus (1), HIV/AIDS (4), influenza (5), and SARS coronavirus (2) (I did not distinguish between US and international editions).

The earliest virus-themed cover that I found has Jonas Salk on the cover of the 29 March 1954 issue. Behind Salk is an image of poliovirus particles, probably drawn from an electron micrograph. Salk’s field trial of inactivated poliovirus vaccine had begun in 1954, and in April of the next year the results would be announced: 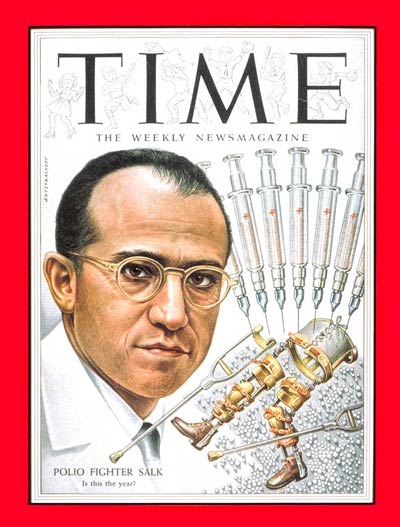 John Enders made the cover of the 17 November 1961 issue, with poliovirions in the background. Enders had been awarded the Nobel Prize in 1954, along with Weller and Robbins, for being the first to propagate the virus in cell culture. This finding paved the way for Salk’s vaccine work. 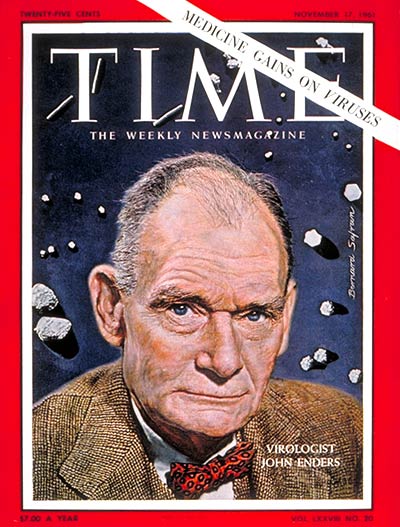 Viruses were not on the cover of Time for 23 years. The 2 August 1982 cover did not have a virus image, but touted herpes simplex virus as ‘Today’s scarlet letter”: 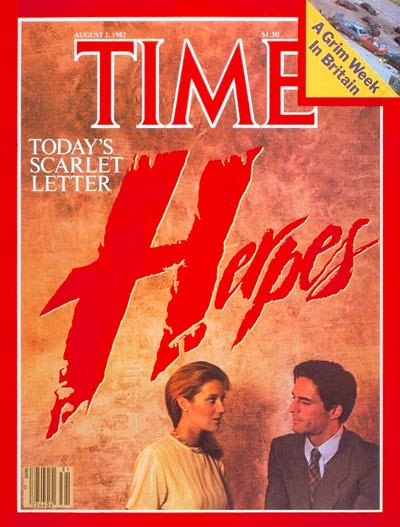 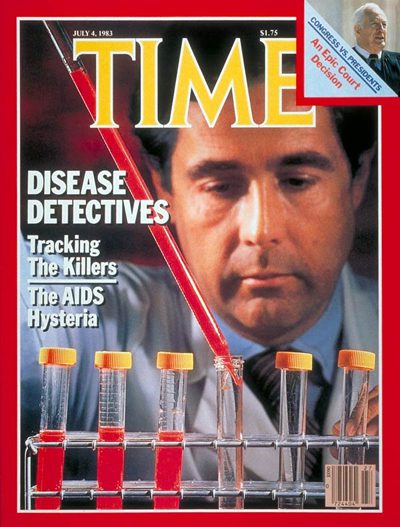 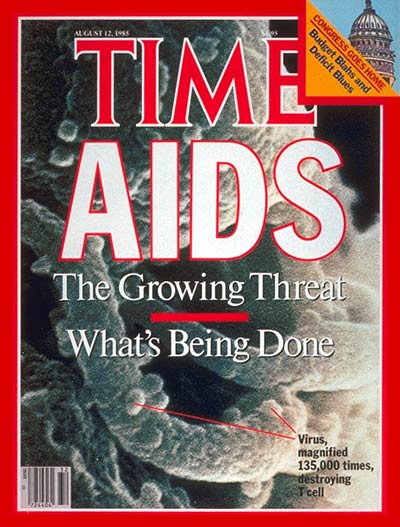 The 3 November 1986 cover featured the giant headline VIRUSES with a colorized scanning electron micrograph in the background. AIDS was also mentioned: 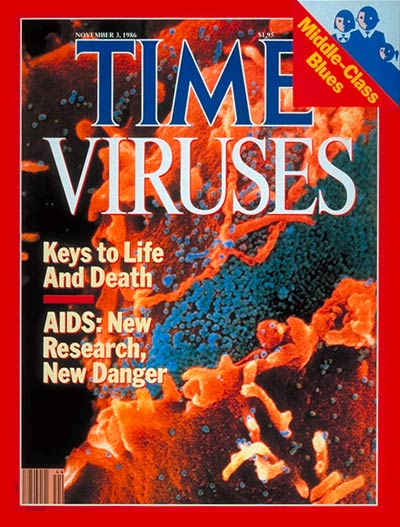 The Man of the Year for 1996 was virologist David Ho, who graced the cover of the 30 December 1996 issue, with virions reflected in his glasses. This is one of the coolest of the Time virus covers, in my opinion. Naming Ho Man of the Year was fully deserved and helped propel the virology field into the spotlight it deserved. 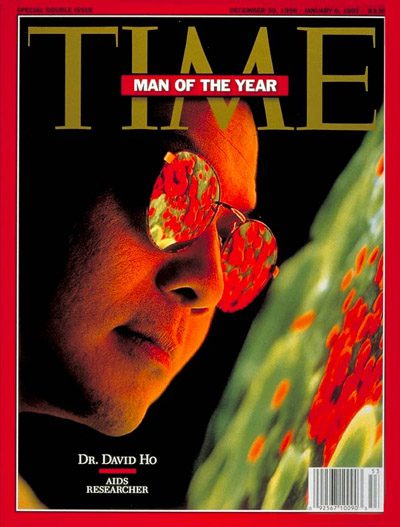 The cover of the 23 February 1998 issue features the flu hunters and a background electron micrograph of influenza virus. This story followed the 1997 outbreak of influenza H5N1 in Hong Kong: 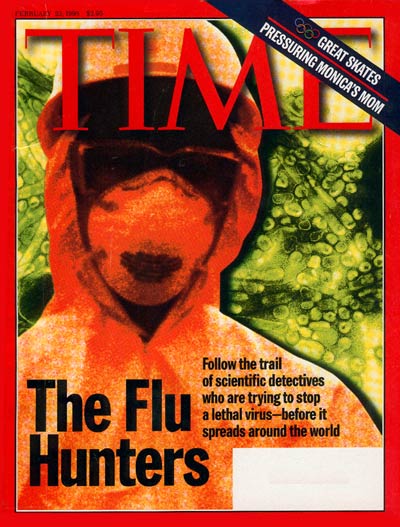 The Hong Kong outbreak was also featured on the 9 March 1998 cover, with influenza virions in the green lettering: 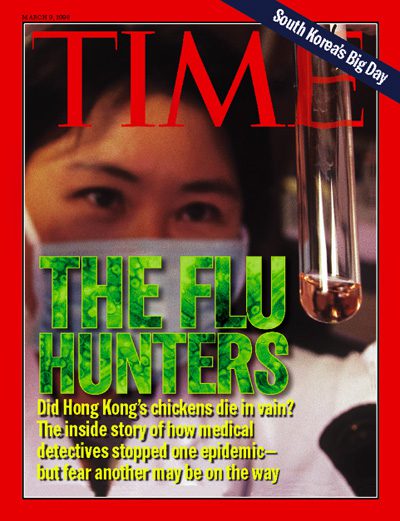 The SARS outbreak made the 5 May 2003 cover. There were two versions distributed in different countries: 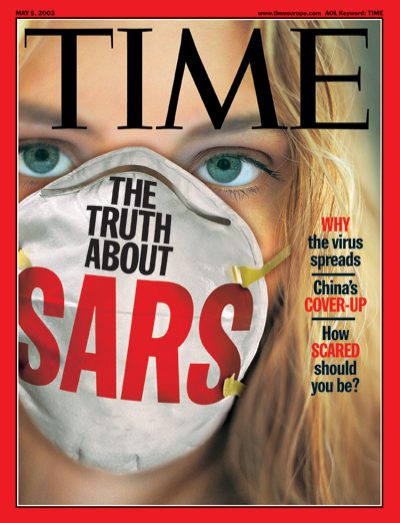 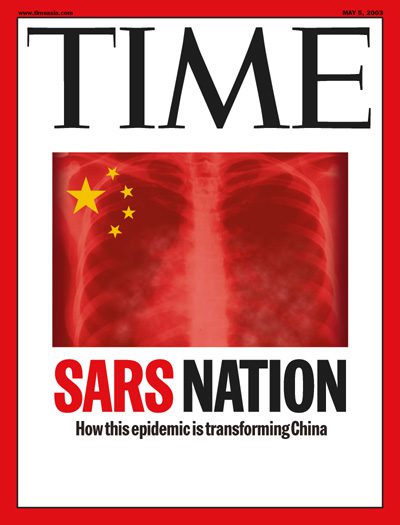 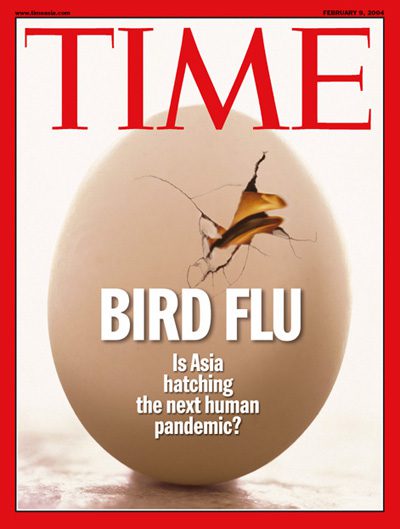 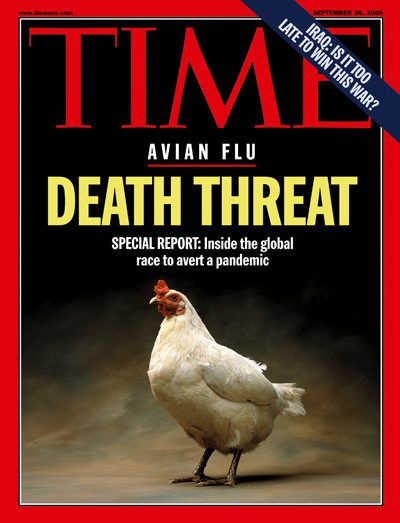 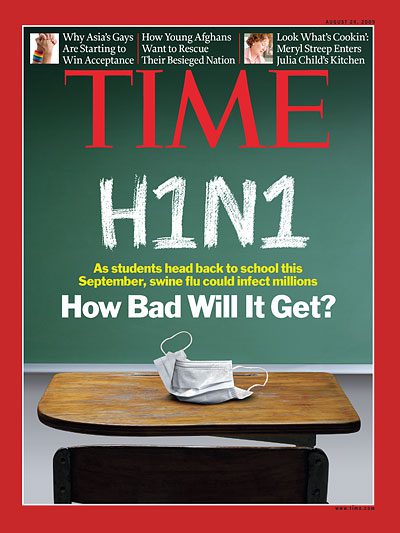 And the latest virus on the cover is poliovirus, 14 January 2013: 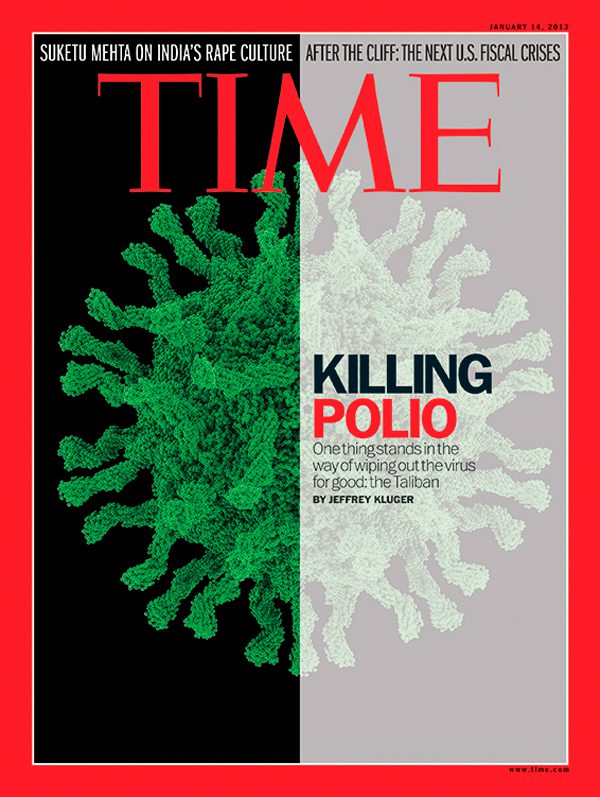 Did I miss any?

The following covers did not feature viruses but were certainly relevant to virology. The antiviral interferon was featured on the 31 March 1980 issue: 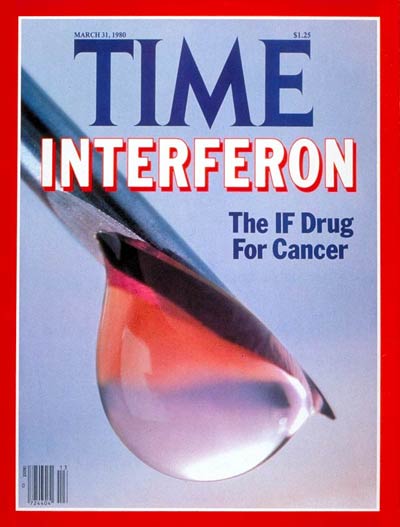 Herbert Boyer, one of the pioneers of recombinant DNA technology, was on the 9 March 1981 issue: 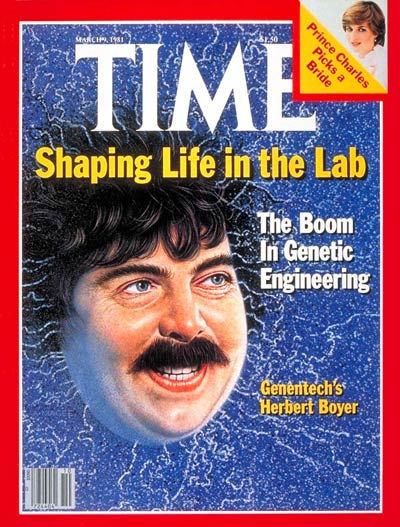 The 23 May 1998 cover featured a story on how the immune system fights off disease: 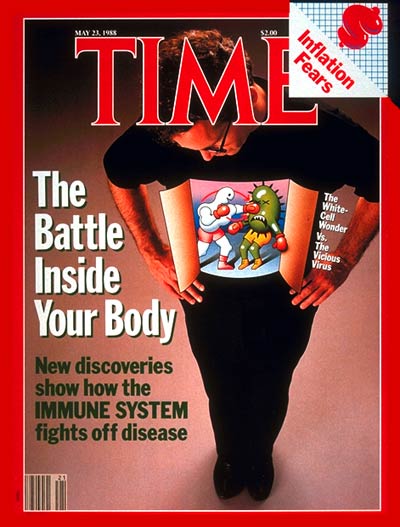 Science under siege (sound familiar?) was the story on the 12 September 1994 issue: 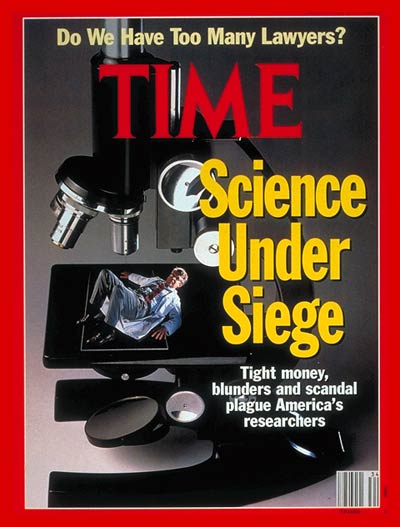 The 12 September 1994 Time cover asked if we are losing the war against infectious diseases: 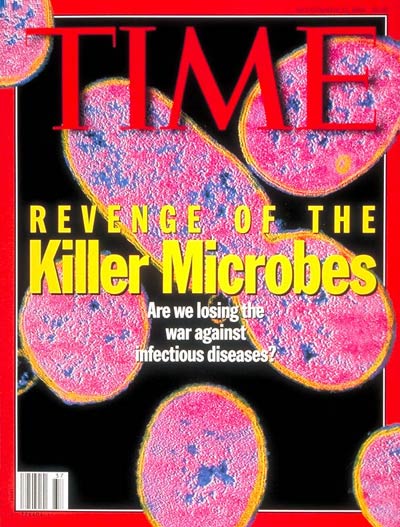 Â There have been 6,169 Time covers, and viruses have been featured on only fifteen. I understand that Time is not a science magazine, but I think it could do more for virology, and science in general (there were other science themed covers that I found, but not that many more).

I wonder how many viruses have been on the cover of Newsweek? Life Magazine? Scientific American?