Paul Bieniasz joins the TWiV team to talk about the co-option, millions of years ago, of an endogenous retrovirus envelope protein by hominid ancestors for host defense against viral infection.

You can find TWiV #439 at microbe.tv/twiv, or listen. below.

Trudy joins the the TWiVlords to discuss new testsÂ for detecting prions in the blood, and evidence showing that foamy retroviruses originated in the seas with their jawed vertebrate hosts at least 450 million years ago.

You can find TWiV #424 at microbe.tv/twiv, or listen below.

A major new feature of the fourth edition ofÂ Principles of VirologyÂ is the inclusion of 26 video interviews with leading scientists who have made significant contributions to the field of virology.Â For the chapter onÂ Transformation and Oncogenesis, Vincent spokeÂ with Nobel LaureateÂ J. Michael Biship, of the University of California, San Francisco,Â about hisÂ career and hisÂ work on oncogenes.

Did you know that the evolution of ancient retroviruses, millions of years ago, can be traced by studying their genomes in the chromosomes of contemporary animals? Ted Diehl and Welkin Johnson join the TWiV team to tell us how they did it with mammals. All without a single wet experiment! They also join in the discussion about virus dispersal by hand dryers.

You can find TWiV #386 at microbe.tv/twiv, or listen below.

On episode #382 of the science show This Week in Virology,Â Nels Elde and Ed Chuong join the TWiV team to talk about their observationÂ that regulation of the human interferon response depends on regulatory sequences that were co-opted millions of years ago from endogenous retroviruses.

You can find TWiV #382 at microbe.tv/twiv, or listen below. 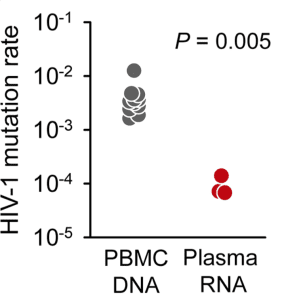