TWiV provides an update on immunity to Omicron, results of a randomized controlled trial of face masks, and a study of correlates of protection against respiratory syncytial virus infection in the upper and lower respiratory tract of nonhuman primates.

Copy-back defective viral genomes (cbDVGs) of RSV arise when the viral RNA polymerase halts and then turns around and begins copying the nascent strand (illustrated below – image credit). Because the cbDVGs have strands of both (+) and (-) polarity it is possible to design primers to amplify them by RT-PCR.

It has been suspected that defective viral genomes might modulate viral pathogenesis because they are efficient inducers of interferon. In a study of 122 hospitalized pediatric patients with RSV infection, the presence of cbDVGs was associated with higher viral loads and longer hospitalizations. Furthermore, patients harboring cbDVGs had higher expression of pro-inflammatory cytokine genes.

An interpretation of these findings is that when cbDVGs arise early in infection, they induce antiviral immune responses that limit viral replication and disease. When cbDVGs arise later, the virus has already reproduced to high levels, leading to more severe disease. The factors that regulate cbDVGs production are not known, but could involve sex, age, immune status, and the levels of the defective genomes in the virus inoculum.

These results are of interest because it has not been possible to predict which RSV infected patients will develop severe disease. It might be possible to use levels of cbDVGs to forecast clinical outcome.

When defective viral particles were discovered many years ago, Alice Huang proposed that they might modulate viral pathogenesis. It was not until the 1990s that the technology became available to test this hypothesis. The results with RSV suggest that whether cbDVGs are beneficial or detrimental depends on when they arise in infection.

Kizzmekia Corbett joins TWiV to review her career and her work on respiratory syncytial virus, influenza virus, and coronaviruses and coronavirus vaccines, including her role in development and testing of a spike-encoding mRNA vaccine, and then we review the Nobel Prize for discovery of hepatitis C virus. 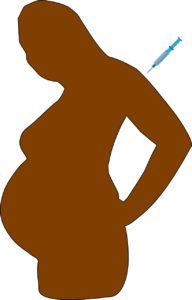 Respiratory syncytial virus (RSV) is a leading cause of respiratory illness, including bronchiolitis and pneumonia, in the young, elderly, and immunocompromised. RSV poses a substantial public health threat due to its association with severe morbidity and mortality in infants and premature babies.

END_OF_DOCUMENT_TOKEN_TO_BE_REPLACED

The entire TWiV team visits The University of Texas in Austin to record episode #500 with guests Jinny Suh, Jason McLellan, and Jon Huibregtse.