The TWiVidae review universal influenza vaccines that are in clinical trials, and discovery of an atypical parvovirus that causes chronic kidney disease in middle aged, immunocompromised laboratory mice. 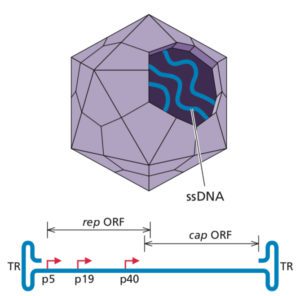 For the past 40 years, certain laboratory mice in Australia and the US have been unexpectedly dying in middle age, but the cause has remained elusive. A novel member of the parvovirus family appears to be the culprit.

END_OF_DOCUMENT_TOKEN_TO_BE_REPLACED

At Cornell University in Ithaca, New York, Vincent speaks with Susan, Colin, and Gary about the work of their laboratories on parvoviruses, influenza viruses, and coronavirusesÂ that infect dogs,Â cats, horses and other mammals.

You can find TWiV #436 at microbe.tv/twiv, or listen below.

On episode #361 of the science show This Week in Virology, the TWiVsters discuss Frederick Novy’s return from retirement to recover a lost rat virus, and evidence for persistence of Ebolavirus in semen.

On episode #315 of the science show This Week in Virology,Â Vincent, Alan, Rich and Kathy discuss the association of a virus with sea star melting disease, and the finding of a phycodnavirus in the oropharynx of humans with altered cognitive functions. 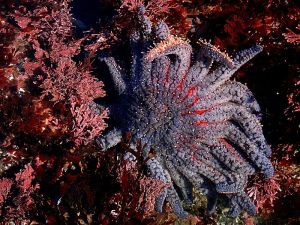 Sea stars are lovely marine invertebratesÂ with a round central body connected toÂ multiple radiating legsÂ (photo credit). In the past year millions of sea starsÂ in the west coast waters of North America have melted into piles of slime and ossicles. Sea star associated densovirus might be the cause of this lethal disease.

Sea star wasting disease (SSWD) is characterized by lesions, limb curling and deflation, and death as the animals rapidly degrade or â€˜meltâ€™. The current outbreak began in June 2013 and has killed sea stars from Baja California, Mexico, to Southern Alaska. SSWD might be the biggest marine wildlife epizootic ever observed.

Evidence that SSWD is caused by a virus came from experiments in which extracts of diseased sea stars were passed through a filter with pore sizes small enough to allow passage of viruses but not bacteria or other microbes. When injected into healthy sea stars, these filtrates induced sea star wasting disease. Extracts of diseased sea stars collected in Vancouver, CA contained 25 nanometer virus particles, as determined by electron microscopy.

Nucleic acid sequencing was to identify the viral agent of SSWD. Virus particles were purified from diseased animals, and both DNA and RNA was extracted. Analysis of the nucleotide sequences revealed the presence of giant DNA viruses such as mimiviruses and phycodnaviruses (link to algal virus paper), and among RNA viruses, retroviruses, dicistroviruses, and parvoviruses. With few exceptions, all samples containing parvoviruses were from symptomatic asteroids, and so the authors decided to pursue the study of this virus.

Analysis of the DNA sequence data revealed the presence of a densovirus (a parvovirus) related to viruses found in Hawaiian sea urchins. The authors called this virus sea star-associated densovirus, SSaDV. Like other members of the parvovirus family, these are small (25 nm diameter), naked icosahedral viruses with a ~6 kb single stranded DNA genome. When sea stars were infected in the laboratory with filtrates from diseased animals, virus loads, determined by PCR, increased with time together with disease progression. Field surveys revealed that the virus was more abundant in diseased than in healthy sea stars. The virus was found in marine sediments, plankton, and sea urchins. Viral nucleic acid was also found in sea stars preserved in museums since 1942.

While retrovirus sequences were found in sea star tissues, the authors believe that such ‘Retroviral annotations are likely spurious because they were detected in DNA libraries (and have RNA as nucleic acids).â€™ The detection of retrovirus sequences in sea stars is not at all spurious! DNA copies of retrovirus genomes are produced during infection and integrated into the host genome, explaining why these sequences were detected in DNA libraries. Their absence in RNA libraries means that virus particles are not produced, as is the case in many other organisms that contain endogenous retroviruses.

The evidence that SSaDV causes sea star wasting disease is strong but not yet complete. The crucial experiment that remains to be done is to isolate infectious virus in cell culture, inoculate it into sea stars, and show that it causes wasting disease.

While the authors’ work reveals that sea star wasting disease virus has been present on the North American Pacific Coast for over 70 years, the disease is not always observed. The current outbreak has been ongoing since just June 2013. Perhaps other environmental conditions have lead to the increased susceptibility of sea stars to disease. It is important to determine if a human activity is involved in precipitating the disease, so that we can prevent future loss of sea stars. The authors suggest one possibility, that increased populations of adult sea stars in small bays and inlets have produced increased virus levels which lead to more infections. It will also be important to determine if the virus has undergone any changes in transmissibility or virulence.

Sea star associated densovirus was also found in non-asteroids, including ophiuroidsÂ (brittle stars and basket stars) and echinoidsÂ (sea urchins and sand dollars). We need to know the host range of this virus, how it is transmitted, and whether it can cause disease in other species. A troubling scenario is that the recent amplification of the virus in sea stars could lead to infection, and perhaps death of, many other marine species.