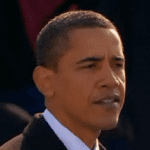 I just heard President Obama, in his inaugural address, say the words “We will restore science to its rightful place”. What does he mean by this?

In “The Audacity of Hope”, the book President Obama wrote in 2006 to set forth his thoughts on “reclaiming the American dream”, he suggests that we will need to invest in education, science and technology, and energy independence to make America more competitive. With respect to science, he has specific plans:

…fifteen years ago, 20 t0 30 percent of all research proposals received significant federal support. That level is now closer to 10 percent. For scientists and researchers, this means more time spent raising money and less time spent on research. It also means that each year, more and more promising avenues of research are cut off – especially the high-risk research that may ultimately yield the biggest rewards.

…our declining support for basic research has a direct impact on the number of young people going into math, science, and engineering – which helps explain why China is graduating eight times more engineers as the United States every year.

If we want an innovation economy, one that generates more Googles each year, then we have to invest in our future innovators – by doubling federal funding of basic research over the next five years, training one hundred thousand more engineers and scientists over the next four years, or providing new research grants to the most outstanding early-career researchers in the country. The total price tag for maintaining our scientific and technological edge comes out to approximately $42 billion over five years – real money, to be sure, but just 15 percent of the most recent federal highway bill.

In less than a page, Obama crystallizes today’s problems with science. I could not have said it better myself. And his solution is concrete and reachable.

His words were written in 2006, well before our current financial crisis. But I am convinced that President Obama knows that supporting science and technology is one of the keys to the future of this country. I know he will find ways to follow through with his promises. 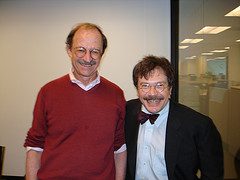