Vincent travels to the European Congress of Virology in Rotterdam and with local co-host Marion Koopmans speaks with Martin Beer, Stephan Gunther, and Vera Ross about their careers and their work on Lassa virus, Borna virus, and insect viruses.

Polio returns to Nigeria, Zika virus spreads in Miami, and virus infection of plants attracts bumblebees for pollination, from the virus gentlepeople at TWiV.

You can find TWiV #400 at microbe.tv/twiv, or listen below. 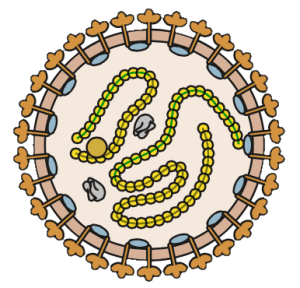 I have a soft spot in my heart for Lassa virus: a non-fictional account of itsÂ discoveryÂ in Africa in 1969Â inspired meÂ to become a virologist. Hence papers on this virus always catch my attention, such as one describing itsÂ origin and evolution.

Lassa virus, a member of the Arenavirus family, is very different from Ebolavirus (a filovirus), but both are zoonotic pathogens that mayÂ cause hemorrhagic fever. It is responsible for tens of thousands of hospitalizations, and thousands of deaths each year, mainly in Sierra Leone, Guinea, Liberia, and Nigeria. Most human Lassa virus outbreaksÂ are caused by multiple exposures to urine or feces from the multimammate mouse, Mastomys natalensis, which is the reservoir of the virus in nature. In contrast, outbreaks of Ebolavirus infection typically originate with a crossover from an animal reservoir, followed by human to human transmission. Despite being studied for nearly 50 years, until recently the nucleotide sequences of only 12 Lassa virus genomes had been determined.

Perhaps the most important result from this work is the establishment of laboratories in Sierra Leone and Nigeria that can safely collect and process samples from patients infected with Lassa virus, a BSL-4 pathogen.

On episode #348 of the science show This Week in Virology,Â Vincent and Rich discuss fruit fly viruses, one year without polio in Nigeria, and a permissive Marek’s disease viral vaccine that allowsÂ transmission of virulent viruses. 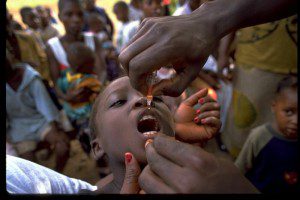