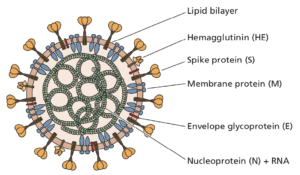 A new coronavirus appears to be causing a pneumonia-like illness in China. It is certainly a zoonotic infection – jumping from non-human animals to humans – as exemplified by previous outbreaks of SARS and MERS coronaviruses.

END_OF_DOCUMENT_TOKEN_TO_BE_REPLACED

Vincent visits the Smithsonian Institution and speaks with Sabrina Sholts, Jon Epstein, and Ed Niles about the exhibit Outbreak: Epidemics in a Connected World.

At the Rocky Mountain Laboratory in Hamilton, Montana, Vincent speaks with Vincent Munster about the work of his laboratory on MERS-coronavirus and Ebolaviruses.

You can find this TWiV Special at microbe.tv/twiv, or listen below. 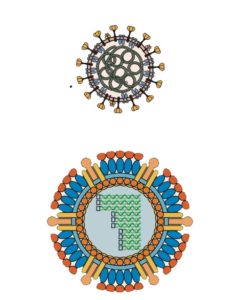 I was asked to write a commentary for the Proceedings of the National Academy of Sciences to accompany an article entitledÂ SARS-like WIV1-CoV poised for human emergence. I’d like to explain why I wrote it and why I spent the last five paragraphs railing against regulating gain-of-function experiments.

TowardsÂ the end of 2014 the US government announced a pause of gain-of-function research involving research on influenza virus, SARS virus, and MERS virusÂ that “may be reasonably anticipated to confer attributes to influenza, MERS, or SARS viruses such that the virus would have enhanced pathogenicity and/or transmissibility in mammals via the respiratory route.”

From the start I have opposed the gain-of-function pause. It’s a bad idea fostered by individuals who continue to believe, among other things, that influenza H5N1 virus adapted to transmit by aerosol among ferrets can also infect humans by the same route. Instead of stopping important research, a debate on the merits and risks of gain-of-function experiments should have been conducted while experiments were allowed to proceed.

Towards the end of last year a paper wasÂ published a paper on theÂ potential of SARS-virus-like bat coronaviruses to cause human disease. The paperÂ reawakened the debate on the risks and benefits of engineering viruses. Opponents of gain-of-function research began to make incorrect statements about this work.Â Richard Ebright said that â€˜The only impact of this work is the creation, in a lab, of a new, non-natural riskâ€.Â Simon Wain-Hobson wrote that a novel virus was created that “grows remarkably well” in human cells; “if the virus escaped, nobody could predict the trajectory”. I have written extensively about why these are other similar statements ignore the value of the work.Â In my opinion these critics either did not read the paper, or if they did, did not understand it.

Several months later I was asked to write theÂ commentary on a second paper examining the potential of SARS like viruses in bats to cause human disease. I agreed to write it because the science is excellent, the conclusions are important, and itÂ would provideÂ me with another venue for criticizing the gain-of-function pause.

In the PNAS paper,Â Menachery et al. describe a platformÂ comprising metagenomics data, synthetic virology, transgenic mouse models, and monoclonal antibody therapy toÂ assessÂ the ability of SARS-CoVâ€“like viruses to infect human cells and cause disease in mouse models. The results indicate that a bat SARS-like virus, WIV1-CoV, can infect human cells but is attenuated in mice. Additional changes in the WIV1-CoV genome are likely required to increase the pathogenesis of the virus for mice. The same experimental approaches could be used to examine the potential to infect humans of other animal viruses identified by metagenomicsÂ surveys. Unfortunately my commentary is behind a paywall, so for those who cannot read it,Â I’d like to quote from my final paragraphs on the gain-of-function issue:

The current government pause on these gain-of-function experiments was brought about in part by several vocal critics who feel that the risks of this work outweigh potential benefits. On multiple occasions these individuals have indicated that some of the SARS-CoV work discussed in the Menachery et al. article is of no merit. …Â These findings provide clear experimental paths for developing monoclonal antibodies and vaccines that could be used should another CoV begin to infect humans. The critics of gain-of-function experiments frequently cite apocalyptic scenarios involving the release of altered viruses and subsequent catastrophic effects on humans. Such statements represent personal opinions that are simply meant to scare the public and push us toward unneeded regulation. Virologists have been manipulating viruses for yearsâ€”this author was the first to produce, 35 y ago, an infectious DNA clone of an animal virusâ€”and no altered virus has gone on to cause an epidemic in humans. Although there have been recent lapses in high-containment biological facilities, none have resulted in harm, and work has gone on for years in many other facilities without incident. I understand that none of these arguments tell us what will happen in the future, but these are the data that we have to calculate risk, and it appears to be very low. As shown by Menacherry et al. in PNAS, the benefits are considerable.

A major goal of life science research is to improve human health, and prohibiting experiments because they may have some risk is contrary to this goal. Being overly cautious is not without its own risks, as we may not develop the advances needed to not only identify future pandemic viruses and develop methods to prevent and control disease, but to develop a basic understand- ing of pathogenesis that guides prevention. These are just some of the beneficial outcomes that we can predict. There are many examples of how science has progressed in areas that were never anticipated, the so-called serendipity of science. Examples abound, including the discovery of restriction enzymes that helped fuel the biotechnology revolution, and the development of the powerful CRISPR/Cas9 gene-editing technology from its obscure origins as a bacterial defense system.

Banning certain types of potentially risky experiments is short sighted and impedes the potential of science to improve human health. Rather than banning experiments, such as those described by Menachery et al., measures should be put in place to allow their safe conduct. In this way scienceâ€™s full benefits for society can be realized, unfettered by artificial boundaries.

On the latest episode of the science show This Week in Virology,Â aÂ swarmÂ of virologists discusses testing ofÂ a MERS coronavirus vaccine for camels, and how a neuronal stress pathway reactivates herpes simplex virus.