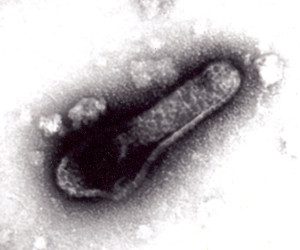 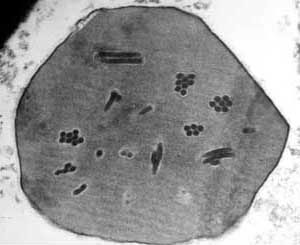 A few weeks ago I asked readers to find the errors in the following statement concerning an experimental influenza vaccine produced byÂ Protein Sciences which involves synthesis of the viral HA protein in insect cells.

They warned that the virus could mutate during the southern hemisphere’s flu season before returning north in a more lethal form in autumn, in a pattern similar to that seen in the deadly 1918 flu pandemic, which claimed an estimated 20 to 50 million lives around the globe.

The CDC (Centers for Disease Control and Prevention) sent us a dead virus, which is perfectly safe, and then we extracted genetic information from that virus.

The statement ‘in a pattern similar to that seen in the deadly 1918 flu pandemic’ is wrong. There is no evidence that mutation led to the emergence of a ‘more virulent’ virus that caused more severe disease in the fall of 1918. The only virus available to study was reconstructed from material obtained in November 1918. The first influenza virus was not isolated until 1933. The idea that a more virulent virus emerged in the fall has nevertheless become firmly established – without any scientific evidence to support the hypothesis. See “Riding the influenza pandemic wave” for more information.

The second problem is the statement that CDC sent the company a dead virus. Viruses are not living, so they cannot be killed. What the company received is an inactivated virus which cannot replicate in cells. There are many ways to inactivate viral infectivity, including heat, ultraviolet radiation, or treatment with chemicals such as formalin.

For extra credit I asked readers to critique the following statement:

Protein Sciences’ technology is also safer “because these caterpillars don’t have any association with man or other animals, so there’s no chance for their cells to learn how to propagate human viruses,” Adams told AFP.

What exactly was the spokesman trying to say? That there is no chance that influenza virus will replicate in insect cells? That’s impossible to say. The fact that ‘caterpillars don’t have any association with man’ is irrelevant (I’m not an entomologist, but I don’t believe that statement is correct). It’s possible that the virus could be adapted to grow in insect cells in the laboratory. And of course, cells don’t ‘learn’ how to propagate viruses. When viruses are selected for growth in new cells – a process that we call expanding the tropism of the virus – changes in the viral genome are usually responsible.

Parenthetically, there is a better way to make an influenza virus vaccine in insect cells – by synthesizing virus-like particles. When the influenza viral HA, NA, and M1 proteins are made in insect cells, virus-like particles are produced that lack the viral genome. These have been shown to be immunogenic in ferrets, and are capable of inducing a protective immune response.