All immune responses, from intrinsic to adaptive, need to be regulated – if left on indefinitely they will damage the host. The innate immune response is no exception, and a cellular RNA has been identified that binds to a sensor of viral RNA and regulates the production of interferon (IFN).

END_OF_DOCUMENT_TOKEN_TO_BE_REPLACED

The TWiVumvirate reviews this years crop of Nobel Prizes, and how cells prevent leakage of mitochondrial double-stranded RNA into the cytoplasm, which would otherwise lead to the production of interferon. 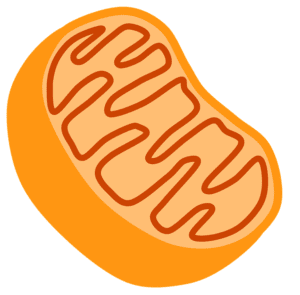 Mitochondria are descended from bacteria that invaded cells 1.5 billion years ago and never left. The mitochondrial genome is like that of bacteria: circular double-stranded DNA, only smaller. And just like the genome of bacteria, RNA can be made from both strands of mitochondrial DNA – which results in the formation of dsRNA. Fortunately there are systems in place to make sure that this dsRNA does not cause excessive interferon (IFN) production, which would damage the cell.

END_OF_DOCUMENT_TOKEN_TO_BE_REPLACED

Gertrud Rey is a trained virologist residing in Atlanta, Georgia. During the day, she works as a consultant in a biotech patent law firm, but spends much of her free time as a science communicator. She was a guest on TWiV 179 and 424.

The lack of a suitable animal model for human dengue virus infection and disease has presented considerable challenges for dengue virus vaccine research.

Chimpanzees, rhesus macaques, and the common marmoset, representing apes, Old World monkeys, and New World monkeys, respectively, have been used as model organisms to study dengue. However, although they are permissive for dengue virus infection, they do not develop overt disease. Having good animal models to understand the interaction between dengue virus and the host innate immune response is particularly important for vaccine development.