Herpes simplex viruses establish lifelong persistent infection in sensory neurons of infected individuals, a phenomenon called latency. Latent viral genomes are “dormant” but can sporadically reactivate and begin replicating in a phase called lytic replication, which is often accompanied by shedding of virus particles and the appearance of painful lesions. There is no vaccine to prevent infection with either herpes simplex virus type 1 or 2 (HSV-1 or -2), and currently available therapeutics do not clear latent viruses or prevent their reactivation.

The emergence of CRISPR genome editing tools has inspired renewed efforts for preventing the reactivation of latent viruses by targeting and cleaving their genomes. An exemplary CRISPR editing system consists of the bacterial nuclease Cas9 and a small “guide” RNA molecule. The RNA molecule, which is complementary to the target sequence, guides the nuclease to its destination, where the nuclease cleaves the target DNA. CRISPR/Cas9 complexes can be introduced into cells by various mechanisms. For example, viruses engineered to encode the nuclease and the guide RNA can be transferred into cells using a technique called transduction.

A team at Harvard Medical School recently determined that specifically designed guide RNAs not only inhibit lytic replication of HSV-1, but can also cleave and edit latent HSV-1 genomes, thereby inhibiting their reactivation.

The authors of the study screened 58 potential guide RNAs for their ability to direct the cleavage of HSV-1 target DNAs in vitro. In this assay, they incubated individual nuclease/guide RNA complexes together with different DNA substrates containing various target sequences and measured cleavage efficiency by gel electrophoresis. The guide RNAs that led to the best cleavage efficiency were then further tested for their efficacy in inhibiting HSV-1 lytic replication in human fibroblast cells. The authors transduced the cells with the various nuclease/guide RNA complexes, infected them with HSV-1, and measured viral (lytic) replication by plaque assay. Although several of the guide RNAs significantly reduced viral replication, the guide RNA targeting the UL30 region, which encodes the viral DNA polymerase, reduced viral levels by more than 10,000-fold.

To see whether this editing system could inhibit reactivation of latent HSV-1 genomes, the authors infected cells with a replication-defective HSV-1 strain, thus mimicking latency, and transduced the cells with Cas9 nuclease and various guide RNAs that had been effective in the in vitro cleavage screen. They then reactivated the latent virus by “superinfecting” the latently infected cells with wild type HSV-1 and measured the ability of the individual guide RNAs to inhibit this reactivation. The replication-defective strain encodes a green fluorescent protein, allowing the authors to distinguish between replication of the wild type input HSV-1 and the reactivated virus. When used individually, four of the guide RNAs reduced reactivation of latent viruses by about 100-fold. However, the authors were able to reduce reactivation by an additional 10-fold by targeting two genes simultaneously with two different guide RNAs, suggesting that one can achieve an increased effect by combining several guide RNAs.

Sequencing analyses also showed that some of the CRISPR/Cas9 complexes introduced detrimental mutations into the target sequence, and that the guide RNA targeting the UL30 gene led to mutations in about 40-80% of the latent viral genomes. Although these mutations did not reduce the actual number of latent genomes, they did reduce their ability to reactivate.

During latency, HSV-1 and HSV-2 exist as circular chromosomes wrapped around cellular chromatin components called nucleosomes. This temporary association with nucleosomes implies that portions of the latent viral DNA are tightly folded and inaccessible to guide RNAs. Because the UL30 target site was consistently cleaved so efficiently, the authors speculate that this site may be in an open portion of the viral DNA that is more accessible to guide RNAs than other sites in the viral genome. If this is true, future guide RNA design strategies could include sequencing latent genomes using methods that identify open or accessible DNA.

Previous attempts to eliminate and/or prevent the reactivation of latent HSV virus in infected cells have had limited success. This study provides the first evidence that CRISPR/Cas9 can efficiently edit latent HSV genomes. Other studies are underway to determine whether CRISPR/Cas9 can edit the HSV genome during latent infection in the resting sensory neuron host cell and other in vivo models. Although more work is needed to figure out how to deliver Cas9 and guide RNAs to latently infected sensory or other neurons in vivo, the therapeutic potential of CRISPR/Cas9 in the context of HSV latency is encouraging, particularly when considered in combination with other existing therapies. 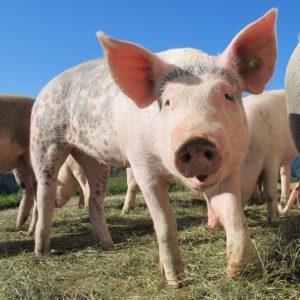 You can find TWiV #418 at microbe.tv/twiv, or listen below.