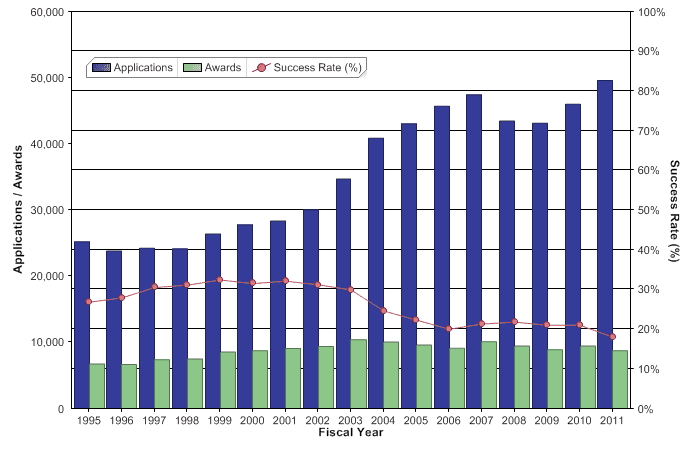 The success rate, which is the number of funded grants divided by the number of applications, has dropped from a high point of just over 30% in the 1990s to a new low in 2011 of 18%. According to Rockey,

A number of factors contributed to the lower RPG success rates in 2011. One of the most obvious was an 8% increase inÂ the number of competing RPG applications. We received a record 49,592 applications.

Jocelyn Kaiser has a good analysis of the data at ScienceInsider.

According to the data, 60% of all research project grants funded in 2011 were the investigator-initiated R01 grant, which has been the mainstay of basic science research at NIH. In my opinion, this number is too low. As you can see from the graph, the number of awards made has been declining since 2003. The US needs to invest more money in allowing investigators to explore – that Â has historically been the proven way to generate innovative results which have the greatest impact on our health.