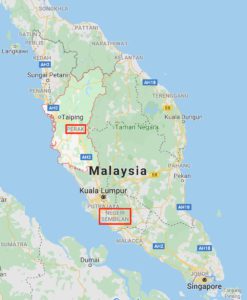 END_OF_DOCUMENT_TOKEN_TO_BE_REPLACED

The TWiV team reveals that recent mumps virus outbreaks in the US are due to waning vaccine efficacy, and an intranasally delivered small interfering RNA that controls West Nile infection in the brain.

On episode #347 of the science show This Week in Virology,Â Vincent, Alan, and Rich discuss the virus behind rose rosette disease, and fatal human encephalitis caused by a variegated squirrel bornavirus. 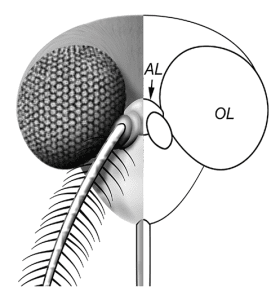 As far as I know, mosquitoes do not eat sushi. But mosquitoÂ cellsÂ have proteins with sushi repeat domains, and these proteins protect the brainÂ from lethal virus infections.

Mosquitoes are vectors for the transmission of many human viral diseases, including yellow fever, West Nile disease, Japanese encephalitis, and dengue hemorrhagic fever. Many mosquito-borne virusesÂ enter the human central nervous system and cause neurological disease. In contrast, these viruses replicate in many tissues of the mosquito, including the central nervous system, with little pathological effect and no alteration of behavior or lifespan. The defenses that allow such persistent infection of mosquitoes are slowly being unraveled.

A protein called Hikaru genki, or Hig, isÂ crucial for controlling viral infections of the mosquito brain. Originally discovered in the fruit fly Drosophila, Hig is produced mainly in the brain of Aedes aegyptii, the natural vector for dengue and yellow fever viruses. Experimental reduction of Hig mRNA or protein in the mosquito leads to increased replication of dengue virus and Japanese encephalitis virus. This increase in viral replication is accompanied by more cell death in the mosquito brain, and decreased survival.

How does Hig protein impair virus replication? The Hig protein of A. aegyptii binds dengue virus particles via the E membrane glycoprotein. As Hig protein is located on the cell surface, binding to virus particles prevents virus entry into cells. Impairment of endocytosis is limited to insect cells – introduction of Hig into mammalian cells had no effect on virus replication. Clearly other components of insect cells must participate in the Hig-mediated antiviral mechanism.

The antiviral activity of Hig protein depends on the presence of sushi repeat domains, also known as complement control protein (CCP) domains. These consist of 60 amino acid repeats with four conserved cysteines and a tryptophan. The CCPÂ domain is found in many proteins of the complement system, a collection of blood and cell surface proteins that is a major primary defense and a clearance component ofÂ innateÂ andÂ adaptiveÂ immune responses.Â The sushi domainÂ mediatesÂ protein-proteinÂ interactions among complement components. Capturing theÂ dengue and Japanese encephalitis viruses byÂ the A. aegyptii Hig protein is just one example of the virus-binding ability of proteins with CCPÂ domains. An insect scavenger receptor with twoÂ CCP domains is a pattern recognition receptor that recognizes dengue virusÂ and recruits mosquito complement to limit viral replication.Â Some CCP containing proteins are virus receptors (complement receptor 2 bindsÂ Epstein-Barr virus, andÂ membrane cofactor proteinÂ is a receptor tor measles virus).

Because the Hig antiviral machinery is largely limited to the mosquito brain, it is possible that it prolongs mosquito life to allow virus transmission to other hosts. Transmission of virus to other hosts requires replication in the salivary gland, which cannot takeÂ if the mosquito dies of neural infection. I wonder why humans do not have have similar mechanisms to protect their neural tissues from virus infections. Is neuroinvasion a less frequent event in humans, compared with mosquitoes, thereby providing less selective pressure for protectiveÂ mechanisms to evolve?

On episode #308 of the science show This Week in Virology,Â Tom Solomon, an infectious disease doctor from Liverpool, talks withÂ Vincent about viral central nervous system infections of global importance, Ebola virus, and running the fastestÂ marathonÂ dressed as a doctor.

On episode #299 of the science show This Week in Virology,Â VincentÂ visits the Rocky Mountain Laboratories in Hamilton, Montana and speaks with Marshall Bloom, Sonja Best, and Byron Caughey about their work on tick-born flaviviruses, innate immunity, and prion diseases.