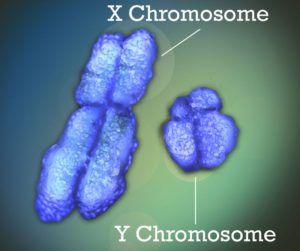 Disease and death caused by influenza virus are greater in human females than in males. But disease is more common in males from birth through age 15, after which more females are affected. In mice, genetic variation in the Y chromosome controls susceptibility to influenza virus infection (link to paper). Increased susceptibility does not correlate with increased viral replication, but an expandedÂ pathogenic immune response in the lungs.

Viral replication in the lung does not differ between mouse strains with high and low mortality. Increased mortality is associated with an increase in a type of T lymphocyte called gamma-delta T cells which produce interleukin 17. The latter is known to provoke lung-damaging inflammation.