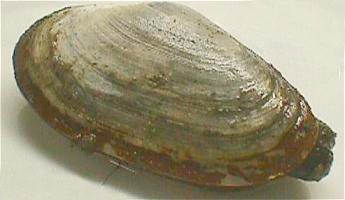 AÂ leukemia-like cancer is killing soft-shell clams along the east coast of North America. The cancer is transmitted between animals in the ocean, and appears to have originated in a single clamÂ as recently as 40 years ago.

Hemic neoplasm is a disease of marine bivalves that is characterized by proliferation of morphologically andÂ functionally aberrant hemocytes, the cells that circulate in the circulatory fluid of mollusks. A newly identified LTR retrotransposon called Steamer correlates with neoplastic disease in clams. LTR retrotransposons are DNA sequences in the genome that are thought to be precursors to retroviruses. The normal clam genome contains 10-20 copies of Steamer, compared with 150-300 copies in neoplastic hemocytes.

Integration of retroviruses into the genome is a known mechanism for disrupting cellular growth control, leading to uncontrolled proliferation and ultimately development of cancer. WhetherÂ SteamerÂ causes neoplasia, by integrating near an oncogene, can be determined based on where this retroelement has inserted in the clam genome.

Analysis of 12 Steamer integration sites revealed that 7 were present in neoplastic samples from clams collected at sites in New York, Maine, and Prince Edward Island,Â Canada. Examination of nuclear and mitochondrial DNAÂ revealed that cancerous hemocytes collected from clams at all three sites contain similar mutations that are not present in normal tissues. These observations indicate that theseÂ neoplasmsÂ  are nearly genetically identical and could not have arisen from the hosts. The cancer probably originated inÂ a single clam and was then transmitted to other animals.

Cells from different vertebrates are usually rejected by the host immune system, which recognizes foreign cells by the major histocompatibility (MHC) system. However, mollusks do not have MHC, which may explain why tumor cells can be transmitted among clams. Two other transmissible tumors have been described: the canine venereal tumor, which is sexually passed among dogs, and Tasmanian devil facial tumor disease, transmitted by biting. In both cases MHC molecules are low in tumorÂ cells, explaining why they are not rejected by the recipient animal.

How cancer could spread among clams hundreds of miles apart is not known. Clams are filter feeders, which may lead to uptake of neoplastic cells released into the water by diseased animals. Movement of clams by humans might also have played a role in dissemination of disease along the northeastern US seaboard.

There are no known contagious human cancers, and it is unlikely that the steamer clam neoplasia could be transmitted to humans. It is not known how extensively hemic neoplasia will spread among soft-shell clams, or whether the disease could spread to other bivalves.