The recent discovery of contaminating porcine circovirus 1 DNA in Rotarix underscores the power of deep sequencing to ensure the purity of viral vaccines. The price of deep sequencing is now low enough that it is possible to use this technology to examine not just viral vaccines, but any biological product produced in mammalian cells for the presence of adventitious agents.

Some individuals have told me they do not want to know what is in their vaccines. Their logic is that even if we do identify a contaminating virus, we might not know if it is of any consequence to human health. But we would nonetheless worry about its presence and unnecessarily spend millions of dollars to remove it. The contrary view is that, although infection with porcine circovirus 1 might be benign, who can be confident that in 20 years the infection will not lead to dire consequences?

I am interested in what readers of virology blog think about this issue. Let your view be known by taking the poll below.

Vincent, Alan, and Matt review contamination of Rotarix with circovirus DNA, antigenic similarity between 1918 and 2009 H1N1 influenza, a collection of rabies reports, and chicken pox mistaken for smallpox in Uganda. 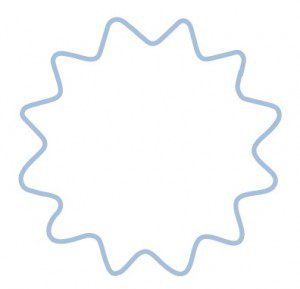 The US Food and Drug Administration does not want Rotarix, the rotavirus vaccine, to be used because it contains porcine circovirus 1 DNA. If complete copies of the circovirus genome were present, would they constitute a potential threat to recipients? Put another way, is circovirus DNA infectious?

Here is the information you need to answer this question.

Knowing these facts, can you determine whether introduction of circovirus DNA into cells would lead to viral replication?

The US Food and Drug Administration has recommended that administration of the Rotarix vaccine, which protects against rotavirus infection, be suspended. This action comes after an independent research group found that the vaccine contains DNA of porcine circovirus type 1.

Rotaviruses are the single leading cause of diarrhea in infants and young children. Each year rotavirus gastroenteritis causes over 1,250,000 episodes of diarrhea and 527,000 deaths, mainly in developing countries. Rotavirus vaccines are used to reduce the global burden of rotavirus disease. Rotarix, the vaccine manufactured by GlaxoSmithKline, is an infectious, attenuated vaccine that is administered orally to infants.

The genetic information of rotaviruses consists of 11 segments of double-stranded RNA. In contrast, porcine circoviruses are small viruses with a circular, single stranded DNA genome (pictured). At 1.7 kb in length, the DNA is among the smallest known viral genomes and encodes only two proteins. Porcine circovirus 1 was originally discovered as a contaminant of a pig kidney cell line. Later a second strain, porcine circovirus 2, was isolated and shown to be associated with postweaning multisystemic wasting disease, an emerging disease of swine.

Porcine circovirus 1 DNA was also found in the cells used to produce Rotarix. Therefore the contaminant has been present since the early days of vaccine development, including clinical trials. A different rotavirus vaccine produced by Merck, called RotaTeq, does not contain porcine circovirus DNA.

It’s not at all clear that the presence of porcine circovirus 1 DNA in Rotarix is a problem. Circoviruses have not been associated with human disease, and porcine circovirus 1 has not been found to cause disease in any animal. Many humans have antibodies to these viruses, including porcine circovirus, indicating that they were infected at one time. Furthermore, it’s not known if the vaccine contains infectious virus or DNA fragments. Nevertheless, it’s always preferable to err on the side of caution, as the FDA has done.

Because porcine circoviruses are widespread in commercial swine populations, there have been concerns about the use of porcine organs for xenotransplantation and for the production of products used in humans such as factor VIII, heparin, insulin and pepsin. It is therefore important to ensure that such products do not contain infectious circoviruses.

This incident will undoubtedly further increase public distrust of vaccines and vaccine manufacturers. I have not yet seen the journal article describing these findings, so I can’t comment on why the contaminant was not identified early in vaccine development. According to the FDA, “In four to six weeks, FDA will convene an expert advisory committee and make additional recommendations on the use of rotavirus vaccines.” If Rotarix is found to contain infectious porcine circovirus, then its use will certainly be discontinued. However, detection of small noninfectious fragments of porcine circovirus DNA Rotarix will likely lead to resumption of vaccine use. In either case, new lots of vaccine should be produced using circovirus-free cells.