The US Centers for Disease Control and Prevention has a long history of missteps when it comes to the illness or cluster of illnesses currently called ME/CFS—as anyone who has read Osler’s Web knows. In the more recent past—2017–the agency dropped its unfortunate endorsement of the discredited GET/CBT treatment approach but made no public comment about the move until I asked about it. The agency argued that people misunderstood or were confused about what it meant by the terms GET and CBT. This explanation was laughable. No one misunderstood anything. After all, the agency had been citing the PACE trial.

END_OF_DOCUMENT_TOKEN_TO_BE_REPLACED

The US Centers for Disease Control held one of its occasional briefings for ME/CFS stakeholders last week. I was unfortunately busy during that time, but #MEAction has posted a useful account of what was discussed, which you can read here. The #MEAction account includes short, helpful descriptions of a number of CDC initiatives, including efforts involving possible links between long-term complications of Covid-19 and ME/CFS.

END_OF_DOCUMENT_TOKEN_TO_BE_REPLACED

During the winter of 1962 in California, a new virus was isolated from the oropharynx of 4 children who had been hospitalized with respiratory disease that included pneumonia and bronchiolitis. On the basis of its physical, chemical, and biological properties, the virus was classified as anÂ enterovirus in the picornavirus family. Subsequently named enterovirus D68, it has been rarely reportedÂ in the United States (there were 79 isolations from 2009-2013). Towards the end of August 2014, an outbreak of severe respiratory disease associated withÂ EV-D68 emerged in Kansas and Illinois.

Although how EV-D68 isÂ transmitted has not been well studied,Â the virus can be detectedÂ in respiratory secretions (saliva, nasal mucus, sputum) and is therefore likely to spread from person to person by coughing, sneezing, or touching contaminated surfaces.Â The virusÂ has been isolated fromÂ some of the children in California with acute flaccid paralysis, and there is at least one report of its association with central nervous system disease. In this case viral nucleic acids were detected in the cerebrospinal fluid. EV-D68 probably does notÂ replicate in the human intestinal tract because the virus is inactivated byÂ low pH.

Readers might wonder why a virus that causes respiratory illness is called an enterovirus. This nomenclature is largely historical: poliovirus, which replicates in the enteric tract, was the prototype member of this genus. Other viruses, including Coxsackieviruses and echoviruses, were added to the genus based on their physical and chemical properties. However soon it became apparent that many of these viruses could also replicate in the respiratory tract. Years later the rhinoviruses, which do not replicate in the enteric tract, were added to the enterovirus genus based onÂ nucleotide sequenceÂ comparisons.Â While it was decided to keep the name ‘enterovirus’ for this group of viruses, it is certainly confusing and I would argue that it should be replaced by a more descriptive name.

The US Centers for Disease Control and Prevention has released a summary of notifiable diseases in the US for the year 2011.Â These statistics are collected and compiled from reports sent by state health departments and territories to the National Notifiable Diseases Surveillance System (NNDSS).

According to the CDC, a notifiable disease is one for which regular, frequent, and timely information regarding individual cases is considered necessary for the prevention and control of the disease.Â The list of nationally notifiable infectious diseases is dynamic, as new diseases are added and others deleted as incidence declines.

I used data from this report to compile a list of the top ten notifiable diseases for 2011 (numbers of cases in parentheses):

Notably absent from the list is influenza, which is not a notifiable disease. Some other notifiable diseases which were not reported in the US in 2011 include poliomyelitis, SARS, andÂ St. Louis encephalitis virus disease.

The reportÂ is recommended reading because it summarizes the data in many other ways, including (for example) by state, region, month, and age group.

*Six of the rabies cases were in humans, the remainder in other animals. 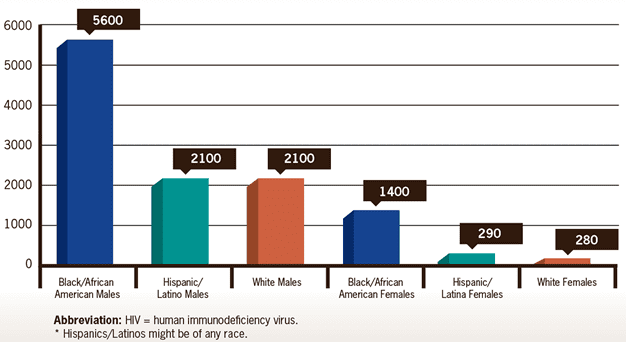