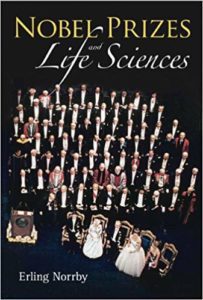 By my estimation, here in the northeastern US we are right in the middle of summer – which I define as July and August. It’s as good a time as any to talk about summer reading lists.

As both a scientist and science communicator, I love reading how others explain the wonder of discovery. My summer reading list is replete with such titles, which I devour during my travels. But there is also a guilty pleasure or two.

Iâ€™ve just finishedÂ Neanderthal ManÂ by Svante PÃ¤Ã¤bo, the story of how the Neanderthal genome sequence was done. You might think thatâ€™s a dry subject, but in fact itâ€™s a riveting story told very personally. It recounts how PÃ¤Ã¤bo got interested in ancient DNA, how he developed the technology needed to work with old bones that mostly contain contaminating DNA, and his competition with other groups. Itâ€™s from PÃ¤Ã¤boâ€™s work that we now know that a few percent of our DNA came from Neanderthals. Itâ€™s rare that a scientist can write so well for a general audience.

Currently I am readingÂ Nobel Prizes and Life SciencesÂ by Erling Norrby. Norrby is a Swedish virologist who has been on Nobel Prize-selecting committees for many years. This is the back story of how the winners are chosen. Iâ€™m interviewing Norrby for This Week in Virology this August, so Iâ€™m reading to book to prepare. Also on my list are two other books by Norrby: Nobel Prizes and Notable Discoveries, and Nobel Prizes and Nature’s Surprises.

In Explain the World: The Discovery of Modern Science,Â physicist Steven Weinberg â€“ himself a Nobel Laureate â€“ covers the beginnings of science, from Greek origins to the modern revolution. I want to read this book because while I know about my science, virology, I donâ€™t know much about the origins of the discipline. It’s on my Kindle, ready for my next trip.

While I love reading about science and science discovery, I do occasionally move away from this genre. Gray DayÂ is Eric Oâ€™Neillâ€™s account of his undercover mission to expose Americaâ€™s greatest spy. I heard the author, an FBI agent talk about the book on The Cyberwire podcast and I bought it right away.

Andrea Camillieri is my favorite author of crime fiction. Iâ€™ve read all his books, which take place in Sicily where the central character, Inspector Montalbano, is concerned with solving crimes and eating well. The latter pursuit is hilarious. His latest is The Overnight Kidnapper, the 23rd book in the series. The only problem with reading Camillieri is that I get so hungry! Sadly Camillieri recently passed away, which means no more Montalbano adventures.

In the old days, weight considerations meant that I could choose only one book to carry with me on my travels, but with digital editions, I can carry an entire library. The only problem is which book to read first!