Your face matters to science 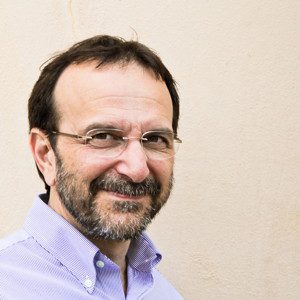 If you are reading this you know that I am a strong proponent of communicating science to the general public. My favorite media are blogging and podcasting, but I’ve also dabbled in video. That’s why I was startled by a study which concludes that facial appearance affects science communication.

It is well known that people will base their impression of a person’s abilities and character, including trustworthiness, competence, and sociability, on their facial appearance. Is the same true for scientists, practitioners of what has been called a ‘dispassionate sifting of evidence’? The answer is important because of the impact that scientists can have on the public’s understanding of our world.

Three different approaches were used to answer this question.

First, study participants were asked to rate several hundred faces of scientists on a variety of social traits, including intelligence, attractiveness, and age. The results show that people are more interested in learning about the work of scientists who are considered physically attractive, competent, and moral. There was little effect of sex, race, or age. In contrast, the ability to conduct high quality science was negatively related to attractiveness. Older scientists were thought to be more likely to do better research.

Does facial appearance affect interest in a scientist’s work? In a study in which participants could watch a video describing research, or read an article on the work (accompanied by a photo of the scientist), an interesting looking scientist was more likely to generate appeal.

Can your face influence what people think about your research? In this study, articles were paired with faces that did or did not score as a good scientist in the first study. Research done by scientists who were considered good was judged to be of higher quality. Scientists thought to be more competent, based on their facial appearance, were more likely to be selected to win a prize for excellence.

The authors summarize their study:

People reported more interest in the research of scientists who appear competent, moral, and attractive; when judging whether a research does ‘good science’, people again preferred scientists who look competent and moral, but also favored less sociable and more physically unattractive individuals.

Given that it is crucial that scientists communicate their work to the public, what should we take away from these observations? Should unattractive scientists not bother to communicate? Nonsense! All scientists should communicate!  There are many forms of communication that do not involve seeing the scientist, such as blogging and podcasting (be sure to omit photos from your website). The results of this study are not absolute – even scientists perceived as unattractive garnered interest, albeit less than attractive ones.

So go ahead and communicate, scientists. If you make science videos, and no one watches, they are probably not well done, and you need to go back to the drawing board – not to the stylist.

Previous post: Trial by Error, Continued: More on Graded Exercise from Peter White and The Lancet