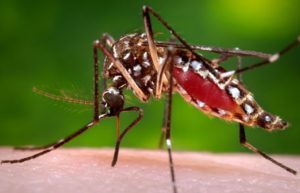 The Aedes aegypti eradication campaign coordinated by the Pan American Health Organization led by 1962 to elimination of this mosquito from 18 countries, including Brazil. Ae. aegyptiÂ transmits not only Zika virus, but dengue virus, chikungunya virus, and yellow fever virus. Could control measures be implemented today to achieve similar control of this mosquito? Two articles in PLoS Neglected Tropical Diseases revisit the successful PAHO mosquito control campaign and suggest that its approaches should be revived.

The elimination of Ae. aegypti in 18 countries, which was accompanied by a marked reduction in dengue hemorrhagic fever, was achieved by removing mosquito breeding sites or spraying themÂ with DDT. Determining whether households harbored such breeding sites was essential for the effectiveness of the campaign.

The United States did not participate in the PAHO campaign, even though Ae. aegypti was (and still is) present in that country, and was a vector for outbreaks of dengue fever from the 1920s through the 1940s. Peter Hotez (link to paper) cites a “lack of funds and political will” and “logistical difficulties due to lack of access to private homes or cultural norms of privacy in the US”. As a consequence, by 1970 the US became one of the last reservoirs of Ae. aegypti in the Americas.

Eventually the PAHO campaign fell apart and Ae. aegypti returned, followed by outbreaks of dengue fever in the 1980s in Latin America and the Caribbean, and Chikungunya virus and Zika virus in 2013.

Hotez argues that while control of Ae. aegypti is labor intensive and involves house-to-house spraying, PAHO demonstrated its feasibility. He further suggests that by not participating in the PAHO campaign, the US failed to establish a generation of mosquito control expertise, which is now needed as Zika virus and other mosquito-borne viruses threaten to spread. He calls forÂ an “unprecedented campaign against the Ae. aegypti mosquito”. However, he does not specify exactly what kind of control should be implemented, only saying that “these activities might not closely resemble the Latin American programs of the 1960s”.

Paul Reiter (link to paper) believes that the success of the PAHO campaign “can be attributed to a single aspect of the behavior of the mosquitoes: female Ae. aegypti do not lay all their eggs in one basket”, but rather place themÂ at multiple locations. During the PAHO campaign, infested containers were identified and sprayed with DDT, increasing the likelihood that a female would lay eggs at a site that had been treated. This approach is called perifocal.

The current use of fogging machines to spray residential areas with insecticides has a low impact on mosquito populations, according to Reiter, because they only work for a few minutes when the droplets are airborne. He believes that we should return to perifocal treatments to eliminate mosquitoes, but not using DDT. Rather he suggests the use of other, novel insecticides, such as crystals of deltamethrin embedded in a rain and sun-proof polymer that ensures release for three months.

Reiter acknowledges that long-term use of insecticides leads to resistance, in which case we should turn to the new anti-mosquito approaches that are being developed, including the release of mosquitoes containing Wolbachia bacteria or a lethal gene. But he indicates that theseÂ approaches “are some way from mass application”, and meanwhile, perifocal approaches could reduce mosquito populations (although the newer insecticides would first need to be tested).

The best way to prevent viral infection is with a vaccine, but one for Zika virus is likely years away. Meanwhile, mosquito control can make a difference, as it could for the next emerging virus well before a vaccine can be developed.