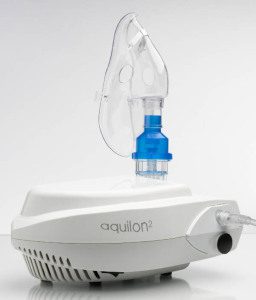 As the West African epidemic of Ebola virus grows, so does misinformation about theÂ virus, particularly how it is transmitted from person to person.Â Ebola virus is transmitted from human to human by close contact with infected patients and virus-containing body fluids. It does not spread among humans by respiratory aerosols, the route ofÂ transmission Â of many other human viruses such as influenza virus, measles virus, or rhinovirus. Furthermore, the mode of human to human transmission of Ebola virus is not likely to change.

What is aerosol transmission? Here is a definition from Medscape:

Aerosol transmission has been defined as person-to-person transmission of pathogens through the air by means of inhalation of infectious particles. Particles up to 100 Î¼m in size are considered inhalable (inspirable). These aerosolized particles are small enough to be inhaled into the oronasopharynx, with the smaller, respirable size ranges (eg, < 10 Î¼m) penetrating deeper into the trachea and lung.

All of us emit aerosols when we speak, breathe, sneeze, or cough. If we are infected with a respiratory virus such as influenza virus, the aerosols contain virus particles. Depending on their size, aerosols may travel long distances, and when inhaled they lodge on mucosal surfaces of the respiratory tract, initiating an infection.

Viral transmission can also occur whenÂ virus-containing respiratory droplets travel from the respiratory tract of an infected person to mucosal surfaces of another person. Because these droplets are larger, they cannot travel long distances as do aerosols, and are considered a form of contact transmission. Ebola virus can certainly be transmitted from person to person by droplets.

Medical procedures, like intubation, can also generate aerosols. It is possible that a health care worker could be infected by performing these procedures on a patient with Ebola virus disease. But the health care worker will not transmit the virus by aerosol to another person. In other words, there is no chain of respiratory aerosol transmission among infected people, as there is with influenza virus.

When rhesus macaques wereÂ inoculated intramuscularly with Ebola virus,Â  virus could be detected in oral and nasal swabs; however infection was not transmitted to animals housed in separate cages. The authors conclude that ‘Airborne transmission of EBOV between non-human primates does not occur readilyâ€™.

Pigs can also be infected with Ebola virus. In one study, after dripping virus into the nose, eyes, and mouth, replication to high titers was detected in the respiratory tract, accompanied by severe lung pathology. The infected pigs can transmit infection to uninfected pigs in the same cage, but this experimental setup does not allow distinguishing between aerosol, droplet, or contact spread.

In another porcine transmission experiment, animals were infected oronasally as above, and placed in a room with cynomolgous macaques. The pigs were allowed to roam the floor, while the macaques were housed in cages. All of the macaques became infected, but their lungs had minimal damage. However it is not known how the virus was transmitted from pigs to macaques. The authors write: ‘The design and size of the animal cubicle did not allow to distinguish whether the transmission was by aerosol, small or large droplets in the air, or droplets created during floor cleaning which landed inside the NHP cagesâ€™. The authors also indicate that transmission between macaques in similar housing conditions was never observed.

While these experimental findings show that animals can be infected with Ebola virus by aerosol, they do not provide definitive evidence for animal to animal transmission via this route. ItÂ is clear is that the virus does not transmit via respiratory aerosols among nonhuman primates.

These experiments reveal the large gaps in our understanding about virus transmission in general, and specifically why Ebola virus is not transmitted among primates by respiratory aerosols.