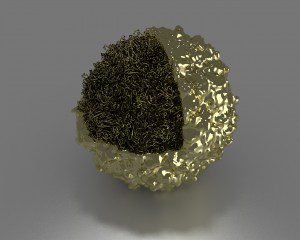 As a virologist who has worked on poliovirus since 1979, I would be remiss if I did not note that today, 24 October, is World Polio Day. World Polio Day was established by Rotary International over a decade ago to commemorate the birth of Jonas Salk, who led the first team to develop a vaccine against poliomyelitis.

The polio eradication effort has made impressive progress towards eliminating polio from the planet. In 1988 it was estimated that there were a total of 350,000 cases of poliomyelitis (probably an underestimate); as of this writing there have been 301 cases in 2013, which is unfortunately already more than in all of 2012 (223). Some setbacks to the program include an outbreak in the Horn of Africa, the finding of wild poliovirus (but no paralytic cases) in Israel, and two suspected cases in Syria. Transmission of wild poliovirus has never been interrupted in three countries: Afghanistan, Nigeria, and Pakistan. The good news is that India remains polio-free, a remarkable achievement.

Currently the eradication effort mainly utilizes the Sabin oral poliovirus vaccine strains (OPV). These vaccines are taken orally and replicate in the intestine, followed by entry into the bloodstream. They induce antiviral immunity in both the intestine and the blood. However, a drawback to using the Sabin vaccines is that the viruses revert to neurovirulence during replication in the intestine. As a consequence, virulent polioviruses are shed in the feces. These can cause poliomyelitis, either in the vaccine recipient or in unimmunized contacts. As wild polioviruses are eliminated, vaccine-derived polioviruses will continue to circulate, necessitating ‘vaccinating against the vaccine’. As a consequence, WHO has proposed a switch to the inactivated poliovirus vaccine, IPV, which if prepared properly cannot cause poliomyelitis.

Below are links to resources on polio, provided by David Gold at Global Health Strategies: