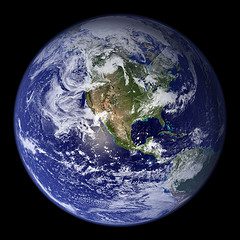 To estimate unknown viral diversity in mammals, 1,897 samples (urine, throat swabs, feces, roost urine) were collected from the Indian flying fox, Pteropus giganteus, and analyzed for viral sequences by consensus polymerase chain reaction. This bat species was selected for the study because it is known to harbor zoonotic pathogens such as Nipah virus. PCR assays were designed to detect viruses from nine viral families. A total of 985 viral sequences from members of 7 viral families were obtained. These included 11 paramyxoviruses (including Nipah virus and 10 new viruses), 14 adenoviruses (13 novel), 8 novel astroviruses, 4 distinct coronaviruses, 3 novel polyomaviruses, 2 bocaviruses, and many new herpesviruses.

Statistical methods were then used to estimate that P. giganteus likely harbor 58 different viruses, of which 55 were identified in this study. If the 5,486 known mammalian species each harbor 58 viruses, there would be ~320,000 unknown viruses that infect mammals. This is likely to be un under-estimate as only 9 viral families were targeted by the study. In addition, the PCR approach only detects viruses similar to those that we already know. Unbiased approaches, such as deep DNA sequencing, would likely detect more.

Let’s extend this analysis to additional species, even though it might not be correct to do so. If we assume that the 62,305 known vertebrate species each harbor 58 viruses, the number of unknown viruses rises toÂ 3,613,690 – over three times more than Dr. Morse’s estimate. The number rises to 100,939,140 viruses if we include the 1,740,330 known species of vertebrates, invertebrates, plants, lichens, mushrooms, and brown algae. This number does not include viruses of bacteria, archaea, and other single-celled organisms. Considering that there are 1031 virus particles in the oceans – mostly bacteriophages – the number is likely to be substantially higher.

Based on the cost to study viruses in P. giganteus ($1.2 million), it would require $6.4 billion to discover all mammalian viruses, or $1.4 billion to discover 85% of them. I believe this would be money well spent, as the information would allow unprecedented study on the diversity and origins of viruses and their evolution. The authors justify this expenditure solely in terms of human health; they note that the cost “would represent a small fraction of the cost of many pandemic zoonoses”. However it is not at all clear that knowing all the viruses that could potentially infect humans would have an impact on our ability to prevent disease. Even the authors note that “these programs will not themselves prevent the emergence of new zoonotic viruses”. We have known for some time that P. giganteus harbors Nipah virus, yet outbreaks of infection continue to occur each year. While it is not inconceivable that such information could be useful in responding to zoonotic outbreaks, the knowledge of all the viruses on Earth would likely impact human health in ways that cannot be currently imagined.

Update 1: I neglected to point out an assumption made in this study, that detection of a PCR product in a bat indicates that the virus is replicating in that animal. As discussed for MERS-CoV, conclusive evidence that a virus is present in a given host requires isolation of infectious virus, or if that is not possible, isolation of full length viral genomes from multiple hosts, together with detection of anti-viral antibodies. Obviously these measures cannot be taken for a study such as the one described above whose aim is to estimate the number of unknown viruses.

Update 2: We discussed this estimate of mammalian viruses on TWiV #249.