The Senate Appropriations Committee is expected to consider the Labor, Health and Human Services (LHHS) bill that will provide fiscal year (FY) 2014 funding for the National Institutes of Health (NIH). Although we donâ€™t know when the House Appropriations Committee will vote on NIH funding, the spending limits in the House Budget Resolution could mean anotherÂ 18 percent cutÂ for biomedical research â€“ below sequestration! NIH needsÂ $32 billionÂ in FY 2014 to prevent further erosion of the nationâ€™s capacity for biomedical research and provide funding for additional grantees.

Please go toÂ http://capwiz.com/faseb/issues/alert/?alertid=62750436Â toÂ emailÂ your Senators and RepresentativesÂ todayÂ to urge them to support $32 billion for NIH in the FY 2014 LHHS Appropriations bill. When you are done sending your email, forward this alert to your friends and colleagues to make sure that the voice of the biomedical research community is heard across Capitol Hill!

The decreasing Federal support of biomedical research has had serious consequences for this important activity, well summarized in this Facebook post by a virology colleague:

July 1st, this coming year’s installment on both my AIDS grants came in, less 10% eaten by the Sequester Monster. I’m fortunate 1) to have funding at all, since NIH barely funds 10% of new grants, and 2) to have a hard money job (BC pays my salary). Most of my friends doing research in AIDS, cancer, drug addiction and infectious disease have toÂ cover most or all of their salaries out of the same grants that support their research, such that cuts means they will lose their labs, and in some cases, their jobs (meanwhile, nations like China and Singapore continue to pump money into research, having learned from the US and Europe that innovation PAYS). I have had no less than FOUR desperate colleagues ask me this month what they are supposed to do now – four established, productive scientists that the US stands to lose. Four people that the US invested in, whose research will slow down or stop before those investments pay off. And no political finger pointing! The problems predate the current administration and both parties have their favorite ways to muddle up US science. Maybe it’s time to elect at least some scientists to office (from either party? Please?)? Instead of more MBAs, lawyers and career politicians?

The following information on science funding in the US was recently provided to virologists by David Sander:

The CDC budget request is $6.6 billion, a decrease of $270 million from FY 2012. Emerging and zoonotic infectious diseases would receive $432 million, or a $70 million increase over FY 2012, including $40 million for the new Advanced Molecular Detection Initiative (AMD) to allow the CDC to “more quickly determine where emerging disease comes from, whether microbes are resistant to antibiotics and how microbes are moving through a population”
– $1.3 billion is proposed for public health preparedness and response, a decrease of $48 million from FY 2012, reducing funding to state and local health departments

The Agriculture and Food Research Initiative (AFRI) would receive $383 million or a $119 million increase over FY 2012, for competitive research grants.
– $1.3 billion is requested for the National Institute of Food and Agriculture (NIFA), a $7 million decrease from FY 2012.
– $82 million is designated for research on zoonotic animal diseases and $119 million for food safety research

– $784 million is requested for Science and Technology, a $10 million reduction 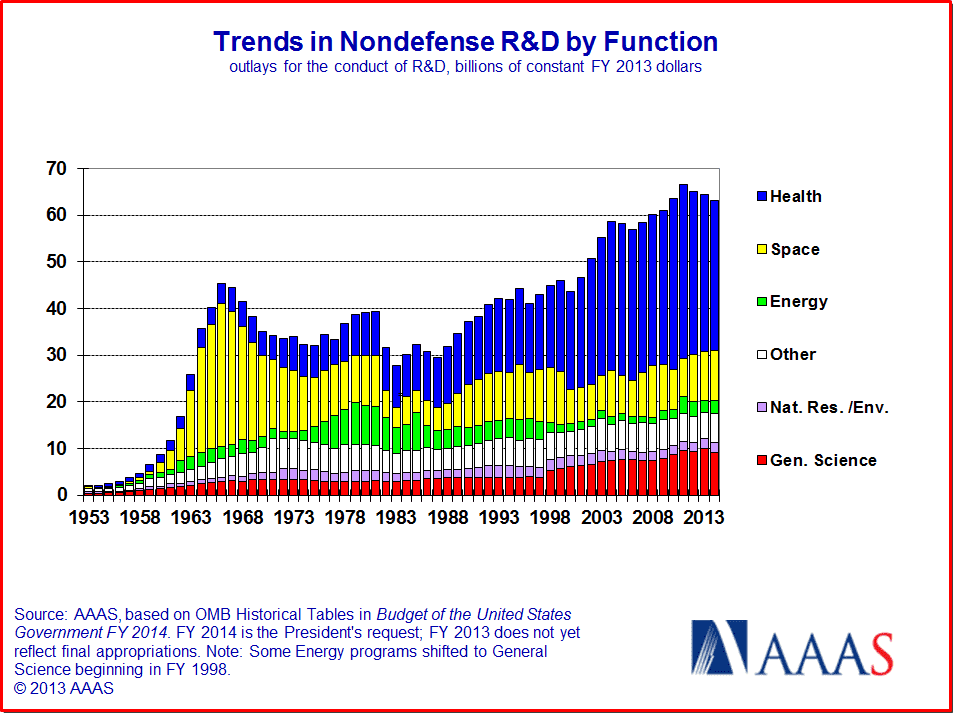