This Isn’t the Petition Response You’re Looking For 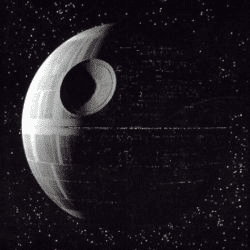 Yesterday I noted the petition to ban intelligence involvement in public health campaigns. While exploring We the People I found another interesting petition, this one to secure resources and funding to build a Death Star by 2016. Because it garnered over 34,000 signatures, it was noted by the White House and received a response from Paul Shawcross, Chief of the Science and Space Branch at the White House Office of Management and Budget:

The Administration shares your desire for job creation and a strong national defense, but a Death Star isn’t on the horizon.

Among other reasons for not building a Death Star, Shawcross noted:

Why would we spend countless taxpayer dollars on a Death Star with a fundamental flaw that can be exploited by a one-man starship?

But the real reason for posting this interesting item on virology blog is that Shawcross brings it back to science:

We are living in the future! Enjoy it. Or better yet, help build it by pursuing a career in a science, technology, engineering or math-related field. The President has held the first-ever White House science fairs and Astronomy Night on the South Lawn because he knows these domains are critical to our country’s future, and to ensuring the United States continues leading the world in doing big things.

If you do pursue a career in a science, technology, engineering or math-related field, the Force will be with us! Remember, the Death Star’s power to destroy a planet, or even a whole star system, is insignificant next to the power of the Force.

It’s a thoughtful and amusing response from Shawcross. Please read it.