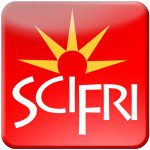 I will be on NPR’s Science Friday this afternoon (6 January, 2 PM EST) to discuss the H5N1-NSABB story. You can listen live, or download the recording which will be available later.

I written three posts (one, two, three) about the ferret H5N1 experiments and why the NSABB should not prevent the publication of these data.

I’m a bit dismayed that Science Friday tweeted about this event earlier today saying “Today, 2-3p ET we’ll talk about the placebo effect. Then, we’ll tackle the debate over research into making influenza more deadly.” I had hoped for a less sensational, and scientifically accurate description from a well-respected science program.

Making influenza virus more deadly is not what this research was about. The over-hyping of the entire H5N1 story (both by scientists and the press) is what has got us into this situation in the first place. On Science Friday I hope to focus on the science which does not support restricting publication of the H5N1 ferret results.

Update: Here is a recording of this SciFri episode (27 MB mp3).

I thought it was interesting that Dr. Henderson discounted the possibility that there is widespread H5N1 seropositivity in rural Asian populations. His reason was that, among all the H5N1 infections, no seropositivity has been observed in their contacts. This would be expected as the H5N1 viruses are known not to be transmitted among humans! Where we would expect to see wide seropositivity is among workers who have frequent contact with poultry, not in the contacts of those who have been infected with the virus.

Dr. Henderson also stated that the experiment done in the Fouchier lab was ‘a little more than passage from ferrets to ferrets’. What he alluded to are the mutations introduced into the starting H5N1 virus to allow it to bind sialic acid receptors found in the mammalian respiratory tract. These types of modifications are widely known in the virology community and could easily be done before passaging the virus in ferrets.