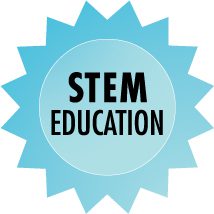 According to the New York Times (Why Science Majors Change Their Minds), the decline in the number of science majors in the United States has come about in part because the subject matter is too difficult. If this explanation is true, then we have not properly prepared these students in grades K-12. I also believe that the poor state of funding of American science is an important factor. My Columbia University colleague Stuart Firestein expressed this idea in his letter to the Times:

Why do science majors change their mind? They wise up.

Your article makes it sound as if American science students are stupid or lazy, unlike their workaholic Chinese and Indian counterparts. This is glib and insulting.

It is in their second year that students typically join laboratories and see firsthand that their dreams of a scientific career include low-paying and highly competitive professorial jobs, that getting grants for scientific research is increasingly difficult and unpredictable, that they are facing many years of postgraduate work at ridiculously low salaries and that they would have a hard time supporting a family.

Compare this future with that of the economics major (lots of math) who goes to business school and can look forward to million-dollar yearly bonuses.

American students change their majors because they recognize that this country has stopped providing a reasonable future for scientists, with slashed budgets for the National Science Foundation, National Aeronautics and Space Administration and National Institutes of Health.

For Chinese and Indian students, science remains a way out of poverty. For American students, itâ€™s becoming the path into it.

Cliff Mintz at BioJobBlog adds the problem of outsourcing:

…it is important to note that outsourcing and consolidation in the life sciences industry that has occurred over the past decade has all but eliminated the option of industry jobs for those who were unable to secure academic positions. Put simply, there are no longer enough jobs in the US to support the numbers of sciences students that we annually train.

I also agree with Cliff’s idea of eliminating tenure in American universities as a way of infusing new ideas and enthusiasm into the system. The notion of a guaranteed position seems untenable in 2011 and beyond.