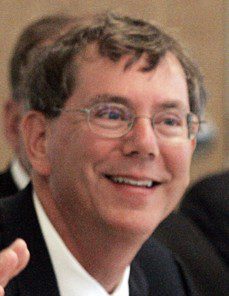 Arthur D. Levinson, Ph.D., Chairman of Genentech, has replaced Steve Jobs as Chairman of the Board of Apple, Inc. During his scientific career, Levinson did research on different viruses, including adenovirus, retroviruses, and hepatitis B virus. His first virology paper came from his Ph.D. research with Arnold Levine, and is entitled “In vivo and in vitro phosphorylation of the adenovirus type 5 single strand-specific DNA-binding protein”. He moved to the University of California, San Francisco for postdoctoral work with Harold Varmus and Michael Bishop. There he published on the transforming gene of the retrovirus avian sarcoma virus. This PubMed search string will return Levinson’s publications on viruses, of which there are approximately 35. Levinson left virology to work at Genentech in 1980, but clearly could be called a bona fide virologist. Who would have known that Steve Jobs would be replaced by a virologist?

Thanks to Alice Telesnitsky for pointing out this story.