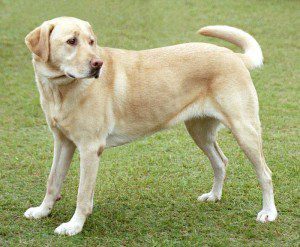 Contemporary human viruses most likely originated by cross-species transmission from non-human animals. Examples include HIV-1, which crossed from chimpanzees to humans, and SARS coronavirus, which originated in bats. Since the 1989 discovery of hepatitis C virus (classified as a hepacivirus in the family Flaviviridae) the origin of the virus been obscure. During the characterization of respiratory infections of domestic dogs, a virus was discovered that is the most genetically similar animal virus homolog of HCV.

HCV is a substantial human pathogen: 200 million people worldwide are chronically infected and are at risk for the development of hepatocellular carcinoma. The source of HCV is unknown because there are no closely related animal virus homologs, but the hunt for related viruses has focused mainly on nonhuman primates. The identification of a related virus was fortuitous, and came about during a study of respiratory viruses that infect dogs. Nasal swabs were obtained from dogs with respiratory illness in shelters in Texas, Utah, and Pennsylvania. Sequence analysis of viral nucleic acids revealed the presence of a virus related to HCV, which was named canine hepacivirus (CHV). The virus was found in respiratory samples from 6 of 9 and 3 of 5 dogs in two separate outbreaks of respiratory disease, but not in 60 healthy pet dogs.

CHV was present in liver, but not lung, of 5 dogs that had died from unexplained gastrointestinal illness. The amount of CHV RNA in respiratory samples was substantially higher than in liver. Viral RNA was detected in the cytoplasm of hepatocytes in canine liver, but whether CHV is hepatotropic (replicates in liver cells) in dogs is not known. In humans, the amount of HCV in respiratory samples is typically very low. CHV may therefore infect different cells and tissues in dogs than does HCV in humans.

Bioinformatic analysis of CHV revealed that it is the genetically more related to HCV than any other known virus. HCV and CHV probably shared a common ancestor that circulated between 500 and 1,000 years ago – many years after dogs were domesticated. It is possible that hepaciviruses are mainly dog viruses, and that HCV arose by transmission of the virus from a dog to a human. An alternative scenario that cannot be excluded is that hepaciviruses infect many animal species. Screening of other animals for the presence of hepaciviruses must be done to determine which hypothesis is correct.

It was not possible to infect canine cultured cells with CHV, using clinical specimens from dogs.Â  The reason for this failure is not known, but could mean that the cells used are not susceptible and/or permissive for viral replication. Furthermore, a full-length DNA copy of the viral genome, which could be used to produce infectious viral RNA, was not reported. Propagation of the virus in cell cultures will be essential for enabling research on CHV replication and pathogenesis.

The discovery of CHV is exciting because the virus provides clues about the origins of HCV and will likely stimulate a search for related viruses in other animals. It is possible that CHV infection of dogs might be a model for understanding the pathogenesis of HCV, which currently is only possible in chimpanzees. A convenient animal model would be valuable for devising new ways to prevent and treat HCV infections.