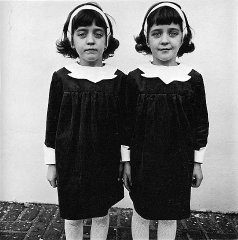 For extra credit in my recently concluded virology course, I asked students to summarize a virology finding in the style of this blog. I received many excellent submissions which I plan to post here in the coming months.

In 1983, identical twin boys simultaneously received a contaminated blood transfusion immediately after birth, and were subsequently diagnosed with HIV-1. Years later, one of the twins is faring very well and has a near normal immune system, while the other is in poor health and has experienced many complications. How could the same virus, infecting two individuals at the same time, with the same genetic background, yield such different clinical courses? This unfortunate natural experiment has allowed researchers to study viral evolution while holding host genetic make-up constant. Brigham Young University Chairman of Biology Keith Crandall has studied the virus in this interesting case and recently published his findings in BMC Evolutionary Biology.

Crandall’s team examined blood samples obtained from the twins when they were 15 years old. They collected nucleotide sequence data from several genes essential to the success of HIV infection, which allowed them to extrapolate rates of viral growth, recombination, and genetic diversity. They reported that the virus of the healthier twin exhibited generally higher growth rates, higher genetic diversity, and higher recombination rates than the virus of the sicker twin (2).

How is this possible? Infected individuals produce an estimated 1010 new HIV virions every day, with errors occurring at a rate of about 1 per 104 nucleotides incorporated (1). These frequent point mutations are a simple starting point to explain the divergence of a once identical virus. In addition, HIV virions are capable of exchanging their genetic material with a different strain of virus via a process called recombination. Recombination is likely a random event, but has important implications for the host immune system.

Part of the immune system’s response to HIV is the utilization of cytotoxic T lymphocytes (CD8+ cells), which target and kill virus-infected cells. These cells are very specific, and if a recombination event occurs, these cytotoxic cells may not be able to recognize the new viral strain as readily as the original. The immune system may adapt to the new strain, but the virus may recombine again and again, and the immune system will not be able to keep up. These recombinant strains are likely to become more prevalent through natural selection. If recombined strains are better at evading the immune system, and are therefore more detrimental to the host, does this mean they are more successful? Why would the virus that has higher genetic diversity, a growth rate, and a higher recombination rate cause less disease? Perhaps the answer lies in the immune system.

Once out of the womb, these twins no longer exist in identical environments. They are exposed to different pathogens, bacteria, and microbes, all of which affect the make-up of the immune system. The healthier twin’s immune system may be better able to fight the virus, and so the virus must grow, diversify, and recombine in order to propagate the infection. In other words, because the sicker twin has a more depressed immune system, the virus is replicating with less resistance, and there is less incentive for the virus to evolve. Divergent viral evolution in the case of these monozygotic twins is likely due to random mutation and recombination events, combined with antiviral pressure from the hosts, whose immune systems are not identical at all.