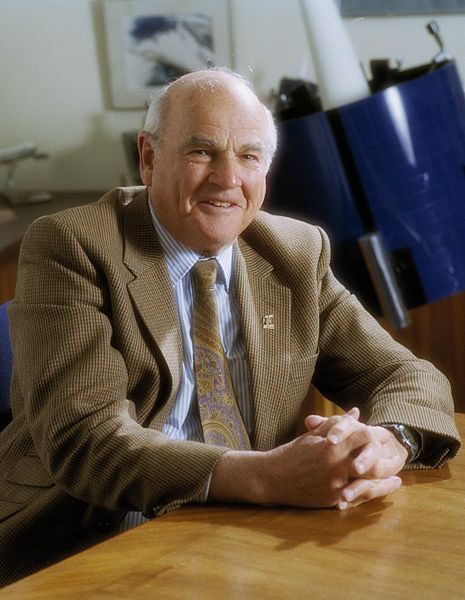 Baruch S. Blumberg, Nobel Laureate in 1976 for discovery of Hepatitis B (and the eventual development of the vaccine, which probably has saved hundreds of thousands of lives since its introduction), died this past Tuesday (4/5/11).Â  Barry did most of his work at Fox Chase, though he was an inspiration to many of us, and a catalyst for some tremendously exciting scientific conversations. He was active in science all through his life; in fact, just a few weeks ago, he gave a seminar at the Center, and on the morning of the day of his death, he gave a plenary lecture at a NASA meeting in California.Â  His HBV work was among the first truly translational studies, and his accomplishments are even more notable given that, when he made his major discoveries, he was neitherÂ  a cancer biologist nor a virologist.Â  For those podcast listeners or blog readers who might want to know more about him,Â  I would refer them to his autobiography from his Nobel acceptance, which I have appended. Our field has lost a creative scientist, a kind and supportive colleague, and a tireless advocate for basic research.

In the 1950s, Blumberg had begun studying variations in human populations by examining blood proteins. He had found a protein in the blood of Australian aborigines, which he called Australia antigen or Au, that was not present in Americans and Europeans. By 1966 he realized that individuals with the Au protein also had hepatitis, an inflammation of the liver. The key to the function of this protein became apparent to Blumberg when serum from a patient in New Jersey became positive for the Au antigen. This finding was a surprise because the individual had previously tested negative for Au. At the same time, the patient developed hepatitis. The discovery lead to the identification of the hepatitis B virus particle, development of blood tests to eliminate the virus from the blood supply, and production of a vaccine to prevent infection. Because chronic hepatitis B frequently leads to carcinoma of the liver, the vaccine has prevented many cancer deaths.

I did not personally know Dr. Blumberg, but we have something in common besides virology: Columbia University. Dr. Blumberg obtained the MD degree in 1951 from the College of Physicians and Surgeons, which is where I have been doing virus research since 1982.