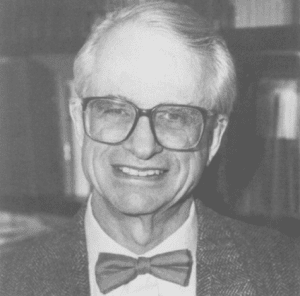 Dr. ROBERT M. CHANOCK (Age 86) On July 30, 2010 of Bethesda, MD. He was a resident in the Washington area for over 50 years, a distinguished scientist at the National Institute of Health. He received many awards and was a member of the National Academy of Sciences. He received his undergrad and medical degrees at the University of Chicago where he also received an honorary doctorate degree.

Chanock received his MD in 1947 from the University of Chicago, and after clinical training in pediatrics (note the bowtie), joined Albert Sabin at the University of Cincinnati where he studied arthropod-borne viruses. After a stint in the US Army, he rejoined Sabin’s laboratory in 1954 as an independent investigator. Sabin advised him to work on something other than poliomyelitis, to establish his own scientific identity. He decided to study an ongoing outbreak of croup in Cincinnati children and isolated a new virus, subsequently called human parainfluenza virus type 2. This discovery ensured that he would study respiratory viruses for the rest of his career.

His move to the Laboratory of Infectious Diseases, National Institutes of Health in 1957 was the last of his career but lead to his most productive years. Together with Robert Huebner he developed an effective adenovirus vaccine which was used by the military. He discovered four additional human parainfluenza viruses, but his most important finding was the isolation of respiratory syncytial virus, the most common viral cause of serious lower respiratory tract disease in infants and young children. Under his leadership, the Laboratory of Infectious Diseases began to study other important human viruses, including gastroenteritis viruses (e.g. Norwalk virus) and hepatitis viruses.

I was fortunate to interact with Dr. Chanock early in my career, at scientific meetings and during visits to the NIH. My main recollection was that he was always enthusiastic and supportive. His first question upon seeing me was always ‘how’s the work with polio?’ Since his early years with Albert Sabin he had always followed basic research on poliovirus with great interest. Sabin had a significant positive influence on Chanock’s career and his view of viruses – in fact, Sabin considered Chanock his ‘scientific son’. It is therefore fitting that the last award bestowed upon Chanock was the Albert B. Sabin Gold Medal in 1995, for his work in the field of vaccinology, particularly the control of respiratory diseases.