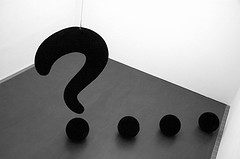 Here are my answers to questions about the currently circulating influenza H1N1 strain (formerly swine flu) sent by readers of virology blog.

A reader from Mexico shared the following numbers with virology blog, then asked a question about hog cholera.

I have read that hog cholera can increase the death toll of influenza virus above 10%. What is hog cholera and why does this worsen flu?

A: Hog cholera is an infectious disease of pigs caused by a virus known as classical swine fever virus. Infection with this virus leads to fever, skin lesions, convulsions and often death. It is also immunosuppressive, therefore worsening influenza in swine.

Q: How risky is it to travel internationally (to places other than Mexico) at this time? How likely is one to pick up a flu on an airplane, in an airport, while staying at a hotel or hostel, etc? I am supposed to be visitingÂ Spain for a month – my travelÂ insurance company says they won’t cover any cancellation costs because no one has issued a travel advisory against Spain. Does this mean that it is more or less safe to visit Spain, although there are cases reported there as well? I am confused. How likely is one to become sick while travelling? Would it be better to stay home at this point?

A:At this point the new influenza virus strain seems to be nearly everywhere, even in the US, based on suspected cases. Therefore travel poses no increased risk. However, travel is a good way to become infected – airports, hotels, airplane, are all good venues for transmission by aerosol or contact (see an earlier virology blog post on transmission – the airplane transmission story is particularly interesting). So in my view, you probably have a higher risk of being infected because you will be in contact with more people while traveling than if you stayed at home. But if you take precautions like cleaning hands with an alcohol-based cleaner, refrain from touching mouth/eyes/nose, you can minimize the likelihood of exposure. I doubt there will be travel advisories issued for Spain because by the time there are many cases there, the virus will be elsewhere as well. If your trip is not imminent, you can delay and make a decision later.

Q: Is Vitamin D effective against influenza? And does this also help explain seasonality?

A: It has been hypothesized that vitamin D was effective against influenza (see this paper), but this has never been rigorously proven. Seasonality better correlates with temperature and humidity.

Q: Your note that CDC does not recommend use of face masks for reducing viral spread is somewhat inaccurate. In addition, the posted article titled “Influenza Viral Transmission” does not take transmission through contact with GI substances into account. In CDC’s Interim Recommendations for Facemask and Respirator Use in Certain Community Settings Where Swine Influenza A (H!N!) Virus Transmission has been detected, it is stated, “When crowded settings and close contact with others cannot be avoided, the use of facemasks or respirators in areas where transmission of swine influenza A (H1N1) virus has been confirmed should be considered. The documents then gives three circumstances.

A: Thank you for your comments and support. I understand that in some cases facemasks/respirators are recommended. As I pointed out in virology blog, on the front page of CDC, which most laypersons will see, there is no recommendation for the use of such protection. As you know, when not use properly, face masks do not function as intended and most laypersons will not have the opportunity to use respirators (by layperson I mean someone not involved in health care). As for GI spread, influenza cannot and does not replicate in the GI tract of humans (although it does so in birds). Concurrent infections with other pathogens (e.g. norovirus) may lead to GI symptoms.

Q: Our elite team of news reporters (who still refer to this as Swine flu) listed vomiting and diarrhea as symptoms. This seems peculiar for flu. During the regular flu season, I remember telling patients to look out for fever, arthralgias, cough etc…never anything about vomiting and diarrhea. Is this a legitimate symptom, or just the media being as vague as possible?

A: Influenza cannot and does not replicate in the GI tract of humans (although it does so in birds). Concurrent infections with other pathogens (e.g. norovirus) may lead to GI symptoms.

Q: ALL OF US WILL GOING TO BE IN CONTACT WITH THE VIRUS Â IN THE NEXT MONTHS OR YEARS WHAT IS THE BEST TO GET SICK NOW OR LATER I THINK WE MUST RESIST ALL WE CAN BECAUSE I THINK ON DECEMBER THE VACCINE COULD BE DISPONIBLE.

A: Do not attempt to become infected now; the outcome of influenza infection may not be benign.

Q: I’d like to know the potential lethality of swine influenza Â as compared with other types of influenza viruses. IS THERE ANY REFERENCE ABOUT THE RISK OF INFECTION IN OPEN OR CLOSED SPACES??

A: There is no reason to believe that the current H1N1 virus, which originated in swine, is any more lethal than any other influenza virus, with the exception of avian H5N1 strains and the 1918-19 strain. Transmission is likely to be more efficient in closed spaces (such as an airline cabin; see this post).

Q: How long would you expect human immunity to exist within an individual infected with H1N1 virus?

A: I would expect immunity to be lifelong against that specific strain. However, immunity will not completely protect agains future antigenically drifted viruses of the same lineage.

Q: One small correction. N-95s are respirators, not face masks. Respirators must meet specifications for filtering out specific types and sizes of particles. An N-95 is a particulate respirator that when fitted properly filters 95% of particles 0.3 microns or larger.Â Face masks generally refer to medical and surgical masks that need only provide a physical barrier.

Q: At the end of a recent interview with Science magazine, Dr. Donis of the CDC states that the USA has received 300 samples of this virus from Mexico. Why has the CDC failed to publish the sequences of any of these 300 Mexican samples Dr. Donis says have been received from Mexico? Doesn’t this seem to be an intentional act?

A: I’m not sure. It’s been suggested that the Mexican government wants to keep rights to the use of the viruses as a vaccine and therefore do not want the sequence released. I suspect we’ll find out in the coming week.

Q: Regarding Dr. Schuchat’s statement, could it be that if you trace the lineage of certain viral genome segments that their origin could be avian, for example? i.e., perhaps the A/swine/Indiana/P12439/00 isolate was/is a reassortant originally containing some segments of avian origin? Just a thought, I have not personally looked closely at these sequences…

A: In 1998, recombinant viruses arose in pigs that were a combination of human, pig, and avian influenza virus RNAs. See Dr. Donis’ statement in yesterday’s Science interview. Today they look like swine viruses because they have been evolving in this animal for so many years.

Q: How do we account for the April 24 comments of Dr. Marie Gramer below, who has perhaps the largest library of swine flu virus isolates in the nation the day after Schuchat’s comments? “There have been no reports of this virus in pigs, said Dr. Marie Gramer, a swine flu expert with the University of Minnesotaâ€™s college of veterinary medicine. â€œIt doesnâ€™t seem to be very similar to anything that is currently circulating, from what I have,â€ said Gramer, who has an extensive library of swine flu virus isolates.”

A: I believe she is wrong.

Q: I do not understand why you are morally certain that the German and New York isolates arose from Mexico.

A: I am not certain, I only assume that because the New York and German tourists visited Mexico, that there were infected there and returned with the virus. However the point is moot if the Mexican viruses are very similar to all the others.

A: Chief Epidemiologist? He should be fired. The fact that Eurasian swine flu genes are present in no way makes a Mexican origin more unlikely than any other.

Q: It’s taken me a while to digest the fact that the Mexican flu viruses haven’t been sequences. Shouldn’t this be bigger news? Why is it confined to a relatively obscure blog? (No offense, Dr. Racaniello.)

(I could not resist printing the preceding question. Not offended at all!)

Q: Canine influenza emerged a few years ago in Florida in greyhounds, and was found to have come from an equine influenza strain. Â However, after entering the canine population, the virus is no longer able to infect horses. Â Perhaps a similar thing is occurring here.

A: Swine are readily infected with human influenza viruses. So there is no reason to believe that the new human H1N1 virus would not be able to go back into pigs. We’ll see.

Q: Fucoidan is a sulfated polysaccharide primarily found in brown seaweeds.Â  Although the specific shape/sugar to sulfate compositions vary from seaweed to seaweed, the fucoidan used in this paper is from Undaria pinnatifida, one of the most popular dietary seaweeds consumed in Japan and Korea.Â  The sporophyll contains 8-12% fucoidan (the part of the Undaria used in this study, also called Mekabu in Japanese).Â  Is it possible that people in Japan will be protected from H1N1 if they eat Mekabu?

A: The concentrations of fucoidan used in the studies you provided are rather high and would not be present at such levels in Mekabu. Therefore eating the seaweed would not likely be of value in preventing infection.