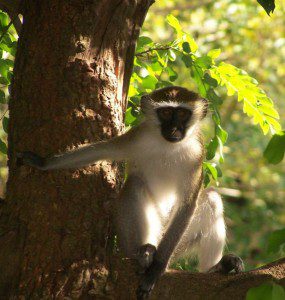 Nearly 3% of the world’s population – about 175,000,000 individuals – are infected with hepatitis C virus (HCV), and 3-4 million new infections are added each year. A high percentage of these become life long, chronic infections, which may lead to cirrhosis, hepatocellular carcinoma, and death. No vaccine is available, and the only antiviral treatment, pegylated interferon plus ribavirin, is often ineffective and has adverse side effects. The extent and severity of hepatitis C has stimulated the development of many new antiviral compounds, including protease and polymerase inhibitors. Perhaps one of the most unusual treatments being considered is one that directly targets a small RNA, known as a microRNA (miRNA), that is abundant in the liver.

Micro RNAs are single-stranded RNA molecules 21-23 nucleotides long which regulate the expression of about 30% of all mammalian protein-coding genes. They act by binding to the 3′-non coding region of mRNAs which leads to degradation of the mRNA or inhibition of translation. When miRNAs were first discovered, many virologists searched for target sequences in viral genomes to discover new ways to inhibit viral replication. A binding site for a liver-specific miRNA, called miR-122, was found in the RNA genome of HCV. However the target site for miR-122 was found in the 5′-noncoding region of the mRNA, not in the 3′-end. To the investigators’ surprise, binding of miR-122 to the HCV RNA stimulated viral replication. HCV replication in cells lacking miR-122 is significantly reduced compared with cells that produce miR-122.

The requirement of miR-122 for HCV replication suggested that this miRNA could be a target for therapeutic intervention. One approach has been the use of antagomirs, which are small synthetic RNAs that are complementary to the miRNA target. By binding to the miRNA, antagomirs block their ability to bind the target sequence and inhibit their function. An antagomir to miR-122 was found to impair HCV replication in cultured liver cells. Last year, a phase I clinical trial of an miR-122 antagomir was initiated in humans.

An important question is whether inhibition of miR-122 influences the expression of cellular genes which might lead to adverse side effects. If the antagomir is ever licensed, it will have another benefit besides inhibiting HCV replication: reduced cholesterol levels. miR-122 is believed to be involved in the regulation of cholesterol, fatty acid, and lipid metabolism, and African green monkeys who were administered the miR-122 antagomir had reduced plasma cholesterol.