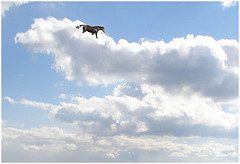 The outbreak in theÂ DominicanÂ Republic, and several others that were subsequently identified, made it clear that VDPV strains posed a threat to the plan to cease polio immunization. In the worst case scenario, VDPV strains wouldÂ continueÂ to circulate after vaccination had stopped, endangering the growing number of non-immuneÂ individuals. Alan Dove and I suggested, in a 1997 Science article, that it might be prudent for WHO to switch to using the inactivated poliovirus vaccine, IPV, which cannot replicate in the recipient. Once OPV usage ended, the levels of circulating VDPVs would decrease until they no longer could trigger an outbreak. Careful monitoring of VDPV in sewage would indicate when it would be safe to stop immunization with IPV.

So, we have then say 8 years or 7 years, whatever it is to gear up to the vaccine, thenÂ another 10 years in using the inactivated vaccine. This is just totally unrealistic. We are not going to haveÂ the financial support globally for this. There is no way it is going to come about and as an end-gameÂ strategy it is dreaming to believe that this is reasonable. So, it is just not on.