Is an effective treatment for the common cold at hand? 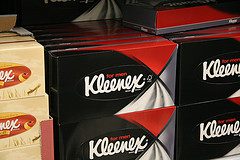 The sequence of all known rhinovirus genomes reported in Science last week is an important advance for the field. Analyses of the sequences have revealed new relationships among the viruses, evidence for recombination, a new viral species, and conserved regions of the genome. These findings will be extremely valuable for those studying the biology, pathogenesis, and epidemiology of the common cold. But the press has over reacted to this work –  it was reported on the front page of the New York Times with the headline “Cure for the Common Cold? Not Yet, but Possible”.  Does the work deserve such fanfare?

The Times quoted Stephen Liggett, an asthma expert, as saying “We are now quite certain that we see the Achilles’ heel, and that a very effective treatment for the common cold is at hand.” He was apparently referring to the observation that a sequence within the 5′-noncoding region of the viral genome is highly conserved among the 99 rhinovirus sequences, in comparison with other regions of the viral RNA. He suggested that all 99 rhinovirus serotypes would therefore be susceptible to the same drug. But what kind of drug, and what function would it inhibit? The very 5′-end of the genome of enteroviruses and rhinoviruses binds viral and cellular proteins, and these interactions are essential for viral replication. So it might be possible to identify small molecules that block these protein-RNA interactions. But such drugs are very difficult to identify. Furthermore, if such a drug were identified, its efficacy would have to be tested against all rhinovirus serotypes. Therefore it is not clear that knowing that this sequence of the genome is conserved helps to identify drug targets and more readily than did the observations made years ago about the importance of RNA-protein interactions in this region. Clearly, many years of research are needed before such drugs are developed – not consistent with Dr. Liggett’s a treatment is ‘at hand’.

An even more crucial aspect of the problem was omitted from the Times article. Even if an antiviral drug could be identified that blocks essential RNA-protein interactions, it probably would not be useful in treating the common cold. As we discussed last week, rhinoviruses cause acute infections – characterized by rapid onset of disease, a relatively brief period of symptoms, and resolution within days. Most are complete by the time the patient feels ill, and the virus has already spread to another host. Antiviral therapy  must be given early in infection to be effective. There is little hope of treating most acute viral infections with antiviral drugs until rapid diagnostic tests are become available.

To be fair, some of the scientists quoted in the Times article were more realistic about the possibilities for rhinovirus treatments. One antiviral drug expert noted that it costs about $700 million to bring a drug to market. Because most rhinovirus infections are benign, who would pay for such an expensive drug, and would the Food and Drug Administration ever approve it? Ann Palmenberg, the lead author on the study, was even more realistic, admitting that a rhinovirus vaccine would not likely be made.

I cannot see how this new study identified a new or better target for therapeutic intervention. So why get the public excited by running a front page headline in the New York Times? It’s great to keep the public informed about scientific progress – but the press should not cry wolf. If this advance does not soon lead to a treatment for the common cold, the public will shake their heads and lose a bit more trust in science.

I’m not blaming the scientists for this over reaction to their study. I am sure that the journal Science engaged in strong pre-publication promotion: more publicity is better for their advertising revenues. And the newspapers are equally at fault: they should speak to a broader range of scientists to obtain a more balanced view. I particularly blame the author of the Times article, Nicholas Wade, for not sufficiently researching his article.

Perhaps Dr. Liggett and his colleagues would benefit from the lessons of history – specifically, the history of poliomyelitis and its conquest. On March 9, 1911, three years after the isolation of poliovirus, The Rockefeller Institute issued a press release, saying that it believed “that its search for a cure for infantile paralysis is about to be rewarded. Within six months, according to Dr. Simon Flexner, definite announcement of a specific remedy may be expected.” They quoted Dr. Flexner:  “We have already discovered how to prevent the disease, and the achievement of a cure, I may conservatively say, is not now far distant.” Dr. Flexner’s imminent ‘cure’ was a failure, and a successful poliovirus vaccine required another 44 years of research. Last week’s Times article seemed to have a similar overdose of hubris.

Next post: An unusual symbiosis between wasp and virus