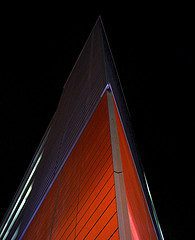 Often an acute infection may cause little or no clinical symptoms – the so-called inapparent infection. A well-known example is poliovirus infection: over 90% are without symptoms. During an inapparent infection, sufficient virus replication occurs in the host to induce antiviral antibodies, but not enough to cause disease. Such infections are important for the spread of infection, because they are not easily detected. During the height of the polio epidemic in the US, the quarantine of paralyzed patients had no effect on the spread of the disease,Â  because 99% of the infected individuals had no symptoms and were leading normal lives and spreading infection. Inapparent infections probably are important features of pathogens that are well-adapted to their hosts. They replicate sufficiently to ensure spread to new hosts, but not enough to damage the host and prevent transmission.

Acute infections begin with an incubation period, during which the genomes replicate and the host innate responses are initiated. The cytokines produced early in infection lead to classical symptoms of an acute infection: aches, pains, fever, malaise, and nausea. Some incubation periods are as short as 1 day (influenza, rhinovirus), indicating that the symptoms are produced by local viral multiplication near the site of entry. For some infections, incubation periods can last many days (papilloma, 50-150 days) or even years (AIDS, 1-10 years). In these infections, the symptoms are likely produced by virus- or immune-induced tissue damage far from the site of entry.

An example of a classic acute infection is uncomplicated influenza. Virus particles are inhaled in droplets produced by sneezing or coughing, and begin replicating in ciliated columnar epithelial cells of the respiratory tract. As new infectious virions are produced, they spread to neighboring cells. Virus can be isolated from throat swabs or nasal secretions from day 1 to day 7 after infection. Within 48 hr after infection symptoms appear; these last 3 days and then subside. The infection is usually cleared by the innate and adaptive responses in 7 days. However, the patient usually feels unwell for several weeks, a consequence of the damage to the respiratory epithelium, and the cytokines produced during infection.

Acute viral infections are responsible for epidemics of disease involving millions of individuals each year, such as influenza and measles. When vaccines are not available, acute infections are difficult to control – most are complete by the time the patient feels ill, and the virus has already spread to another host. This characteristic makes it exceedingly difficult to control acute infections in large populations and crowded areas (such as colleges, nursing homes, military camps). The outbreaks of norovirus gastroenteritis this winter – a classic acute infection – highlights the problem. Antiviral therapy cannot be used, because it must be given early in infection to be effective. There is little hope of treating most acute viral infections with antiviral drugs until rapid diagnostic tests are become available. But the point is moot – there are no antivirals for most common acute viral diseases.