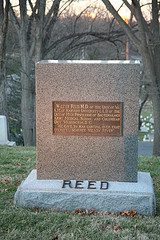 The other day I noted the 100th anniversary of the discovery of poliovirus. In the event that you were wondering what was the first virus identified, here is a list of early virus discoveries. Remember, these viruses were certainly around long before humans found them.

1898 – Marcus Beijerinck makes the same observation; concludes that the pathogen must be a distinctive agent

The name virus was coined from the Latin word meaning slimy liquid or poison. It was originally used to described any infectious agent, including the agent of tobacco mosaic disease, tobacco mosaic virus. In the early years of discovery, viruses were referred to as filterable agents. Only later was the term virus restricted to filterable agents that require a living host for propagation.