The evolving concept of virus 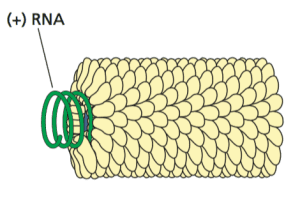 In the 19th century the word ‘virus’ was used to describe the cause of any contagious disease. How it came to describe the very small intracellular parasites that we know today is a fascinating story that illustrates our evolving concepts of infectious agents.

In the 1800s the work of Pasteur, Cohn and Koch founded the field of microbiology, leading to the germ theory of disease: microbes could cause infectious diseases. In fact, Pasteur thought that all infectious diseases were caused by microbes, as witnessed by his statement that ‘every virus is a microbe’.

Later Ivanovsky and Beijerinck showed that the agent of tobacco mosaic disease to be small enough to pass through filters. Beijerinck had the important insight that the pathogen could only be propagated in plants, not in broth as was known for bacteria. He called it a ‘contagious living fluid’. After this work many similar agents were found and the name ‘filterable virus’ was applied to distinguish them from infectious agents that were retained on the filter.

At this point the distinctions between bacteria and viruses were on the basis of filterability and reproduction in broth. The exact nature of ‘filterable viruses’ was obscure. Four subsequent observations were essential in leading to our current concept of viruses.

Bacteriophages were discovered in 1917 and found to cause clear spots, or plaques, on lawns of bacteria growing on agar plates. Such behavior did not fit in with the previously ‘fluid’ nature of viruses. Bacteriophages were visualized by the electron microscope for the first time in 1939, proving beyond all doubt that they were particulate.

Crystals of the tobacco mosaic disease agent (pictured) were produced by Stanley in 1935, which to chemists proved that filterable viruses were not only chemicals but could be made pure and homogeneous. To Stanley this observation meant that filterable viruses were ‘infectious proteins’, a conclusion he reached by ignoring the small amounts of phosphate present in his crystals. He was wrong about tobacco mosaic virus, whose RNA was later shown to be infectious, but many years later infectious proteins (prions) were discovered.

As a consequence of these observations, the word ‘filterable’ was dropped and these agents became simply ‘viruses’ as their distinction from bacteria and other infectious agents became clear. And that is how we came to today’s definition of virus, which began as a catchall for all agents of disease.