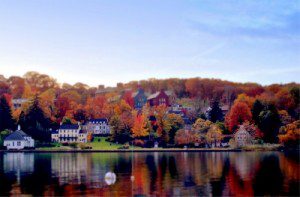 Cold Spring Harbor Laboratory (CSHL) is a private, non-profit institution located in the eponymous town on Long Island, New York. Over 400 scientists work there on a wide range of biological problems, including cancer, neurobiology, plant genetics, and genomics. CSHL has a storied research history, having hosted nine Nobel Laureates. But it is also well known for its world class scientific conferences. The first of these was the Cold Spring Harbor Laboratory Symposium on Quantitative Biology, which was held in 1934. Another well known event is the Phage Course, founded by Salvador Luria and Max Delbrück in 1948. There are now over 24 meetings held annually. One of these is the meeting on retroviruses, which will begin on 24 May 2010. Below is a list of the presentations about XMRV, the new retrovirus implicated in prostate cancer and chronic fatigue syndrome. The author presenting each study can be found at the meeting website.

The retrovirus community has clearly embraced XMRV, a virus discovered just four years ago. This high level of activity means that there will be many papers on XMRV in the scientific literature in the next year. I’m looking forward to discussing them with the readers of virology blog.