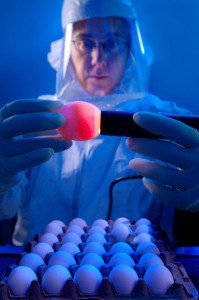 The Centers for Disease Control and Prevention (CDC) would like to know what the public feels about the impending H1N1 influenza vaccination program this fall.Â The agency plans to conduct ten meetings in different parts of the United States to learn if the public would like a massive vaccination campaign, or a reduced effort.

The meetings will take place throughout August in Colorado, Nebraska, Alabama, California, Indiana, Texas, Pennsylvania, Massachusetts, Washington, and New York. You must make an online reservation to attend one of these meetings.

Do you think this is a good idea? Does the CDC care what the public thinks about what the size of the vaccine campaign should be, or is this a tactic to calm down a confused and concerned public? I’m interested in learning what the readers of virology blog think about these ‘Public Engagement Meetings’. Add a comment below, or send it to virology@virology.ws.